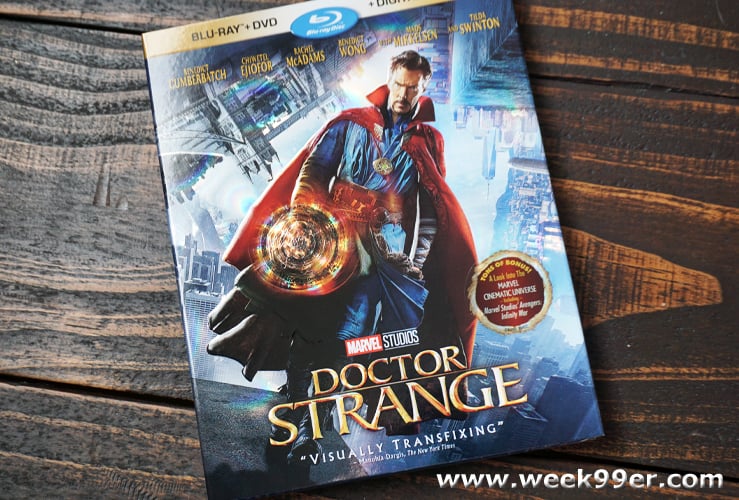 It’s time to bring home the trippiest Marvel movie yet – Doctor Strange is now available everywhere on Blu-ray, DVD and Digital HD. When the movie came out last fall, it gave fans of the Marvel a different look at the MCU. Doctor Strange wasn’t what fans were use to compared to the other recent releases, but were based more directly on the original comics from the 1960’s.

I’m always a fan of the lesser known comic book heroes when Marvel brings them to the screen, and Doctor Strange had me from the very beginning. It seemed liked we had to a wait a long time for Doctor Strange to come home on Blu-Ray and DVD, but we were able to watch it on Digital HD for Valentine’s Day. But now, the Blu-Ray release gives us even more special features and behind the scene moments that we didn’t see in the movie. There are deleted scenes, concept art, gag reels and more.

Doctor Strange is is a psychedelic, visually stunning and mind bending adventure, and a great back story for Stephen Strange. The movie takes you on the journey with Doctor Strange as he hits bottom and gets his powers. And it’s just the starting point for Doctor Strange, the character will be in future movies in the MCU, and now is the perfect time to get caught up to speed his back story.

You can get Doctor Strange on Blu-Ray and DVD now and check  out some special bonus feature clips below!