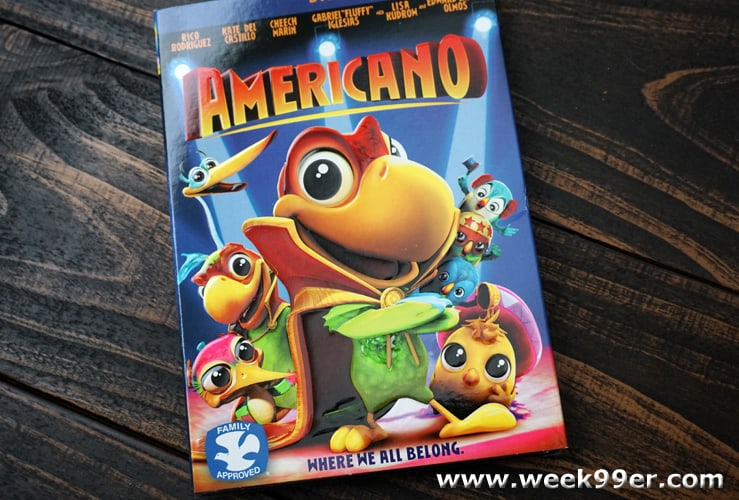 Family centered films are some of our favorite, especially when they involve family friendly lessons for the kids in our lives. Lionsgates newest release is Americano a movie that is not only available in English and Spanish, but has has earned The Dove Family Approval for a family friendly content. The movie follows a small bird Cuco as he goes on a quest to find his hero to help save his family and finds the hero within.

The movie not only has a great story, but is one that you wont mind watching with your children. There are some small action scenes, but none that are too scary for smaller kids. The movie does address issues that kids can relate to like bullying, chores and relating to their favorite hero. And it’s just these things we loved about the movie. It’s a movie that kids of all ages can enjoy and relate to.

Americano is now available on DVD and on Digital HD

ESCAPE FROM THE CAVE:

Cuco is a Mexican boy parrot that would rather imitate the crazy stunts of his TV parrot superhero, El Americano, than help with his chores at the family bird circus. Yet when a gang of bully birds threatens his ringmaster father and takes over the circus, Cuco sets off on a hilarious and perilous journey to Hollywood to enlist his hero in his fight, only to discover the true hero within himself.