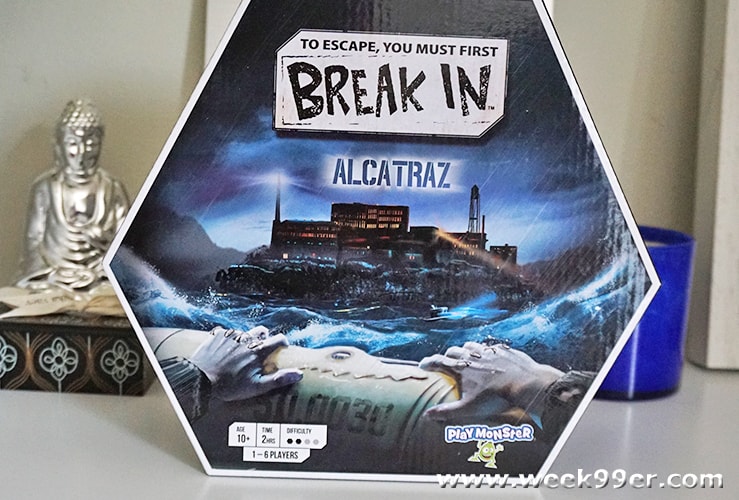 Even though it stopped being a prison decades ago, there is a myth and an appeal to Alcatraz. The Rock, the impenetrable prison island that there has only been one known escape from. With movies surrounding it, the lore of the island has been one that still enchants people years later. And it’s because of that, it’s still active in the modern zeitgeist and is something that even kids know about.

But just how hard would it be to break out of Alcatraz? Or even – break in? Our friends at Playmonster have created a fun new game that kids are going to want to play – and you’re going to have a hard time not playing along with them – Break in Alcatraz!

The night of June 11, 1962 marks the only successful break out from Alcatraz. No one has ever figured out how these men made their way off the island. But no one ever knew their secret: There was an outside man. Or that is at least what the game suspects – and in Break In Alcatraz – you are that outside man. Given a mission to help break your friend out of the Rock – there’s a lot you have to go through but not before you are given the instructions and clues on how to do it.

The game comes with different puzzles and a game board that is laid out like the prison. Solve puzzles to peel back layers of the game board to get deep inside the facility, and then back out! It’s not as easy as it sounds and while it’s for ages 10 and up, you’re family will have fun playing this game with the kids and trying to see if you’re good enough to make it into the prison, and back out again!

The game is a lot of fun, and at the same time, has an educational twist. Now, the puzzles may be made up since how it actually happened is speculations, but that doesn’t take away the fun of playing it over and over again.