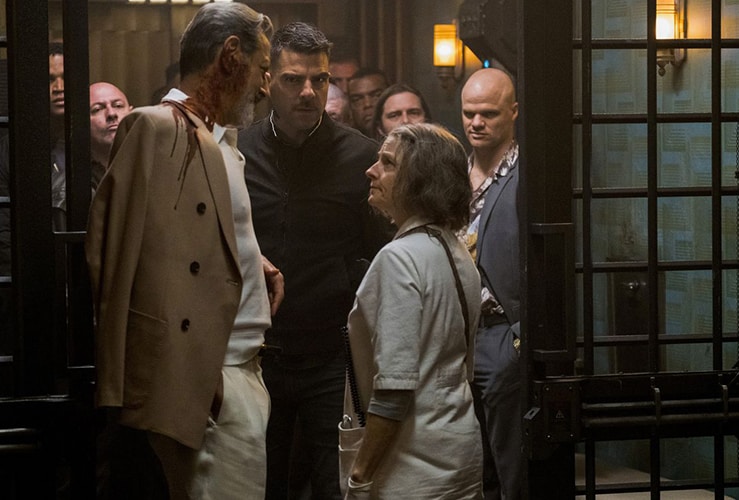 From the trailer alone, Hotel Artemis gives viewers a quick look at a dark action movie that awaits them at the theater. Hotel Artemis is a safe haven for criminals who have a membership and need medical help. The movie starts with a heist and a robbery that goes wrong while the city of Los Angeles is absorbed in a riot.

The Hotel Artemis has a simple set of rules that members must follow in order to be treated there, including no killing, no fighting and no cursing at the staff. The hotel, which is really a medical facility for criminals of all sorts, is run by Nurse (Jodie Foster) and Everest (Dave Bautista). And on a normal day, and for the past twenty plus years the hotel has run as planned. But when a certain level of criminal all end up at the hotel while the riot rages outside, it is the perfect storm.

Overall the movie is pretty good and will keep you entertained throughout the whole story. The character arcs are limited but not necessary for a good action film. There is a lot of blood, a lot of sweat and action scenes throughout the whole film. And as usual Sofia Boutella does an amazing job in a her role as she kicks butt and doesn’t back down when attacked. There aren’t any lags in the story, and it’s easy to follow along. The ending is a bit open ended and sets you up for a possible sequel and some of the characters we don’t know their fate, so this leads us to believe there may be a second one in the works.

If you like action films that are a little on the dark side, Hotel Artemis wont disappoint. Be sure to stay through the credits for a little statement from the film at the very end. There is a bit of a hotel walk through video as the credits begin to roll.

Hotel Artemis is in theaters everywhere today and is rated R. 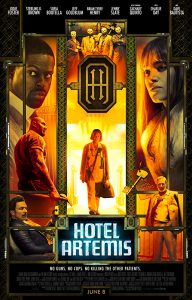 As rioting rocks Los Angeles in the year 2028, disgruntled thieves make their way to Hotel Artemis — a 13-story, members-only hospital for criminals. It’s operated by the Nurse, a no-nonsense, high-tech healer who already has her hands full with a French assassin, an arms dealer and an injured cop. As the violence of the night continues, the Nurse must decide whether to break her own rules and confront what she’s worked so hard to avoid.

Why Wonder Woman 1984 has Let Fans Down