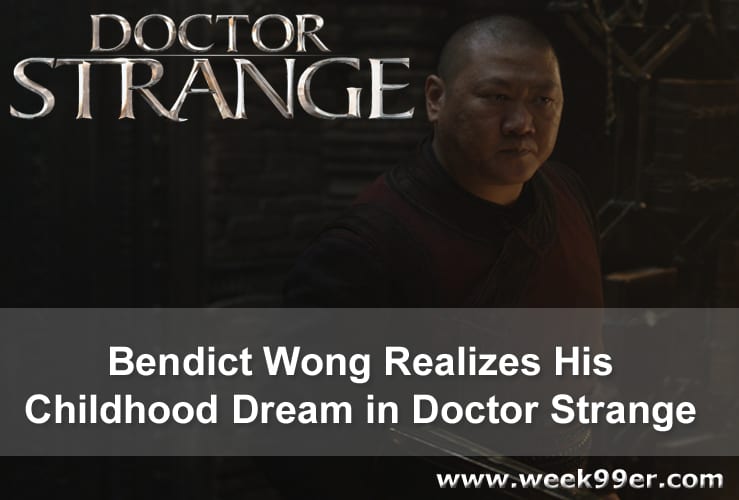 Fans of the Doctor Strange comic know the character of Wong as a subservient character, one that doesn’t take on a commanding role. But this is a much different version than what was envisioned in the movie release by Marvel. Instead the character of Wong, played by actor Benedict Wong, is a mentor and a warrior in his own right. Benedict Wong, grew up a fan of Marvel comics and never saw himself in the characters until his found this one, and when we sat down to talk about Doctor Strange he explained what it was like playing Wong and being in his first Marvel film.

There is a lot that happens behind the scenes of every film that fans never see. We were curious what Wong’s favorite part of making the film was. “You know, for me, it’s like I’m very thrilled to be a part of this incredible cast, this magnitude of Marvel. We’re really embarking on this incredible journey together.  For me, I just feel  like really ecstatic.

“I think when we came back in LA, we did a bit of additional photography.   I was just looking over incredible costumes as we were walk into Santorum again. Sometimes, you know, they’re just beautiful moments and you just get that warm, fuzzy feeling.  I think it was just a warm fuzzy Actor Production feeling.  It’s culminated into something really wonderful and you know, it’s kind of, sort of a mixture, sort of childhood dreams being in kind of the Marvel Universe.”

The character of Wong is a bit iconic when it comes to the original comics. We wondered if this changed how Benedict played the character. “I use to collect a lot of Marvel Comics. I was always a big sort of Spider Man fan. I always collected my sort of my 3 go to comics: “Amazing  Spiderman”, Spiderman 1, Spiderman which I’ve got the #1 copy. Which I’m thrilled about. You’d often read and then it would sort of be like a little subheading of you know, go see Fantastic Four copy- but I could never afford – afford them.

“So I would always be at a Comic Book Store, which is no longer there out in Manchester. God Bless His Soul, Odyssey Seven, and just be mining through these stories til you get sort of chucked out. I never really knew much about Dr. Strange if I’m honest.  And then, I saw Chiwetel for lunch one time.  I asked what he was up to.   OK, you’re doing this Dr. Strange.  Let’s just have a little tit tat.  And then I saw this picture, it was Dr. Strange. And then there was a Wong Character.  I was like what?  I just actually literally, I was always so crestfallen that there were no Asian Superheroes, like where are the Super Asians.  It’s like why I have to simply get this by birthright, you know like Ancestors will not let me live this down.  And uh, you know, this, uh, you know, so you’re always looking like when are they shooting this.  Oh, it’s never gonna happen.  Oh, and then bit by bit, the kind of stars aligned and uh, yeah, they kindly moved the dates and that’s where you know, it kind of went straight into filming.

“You know, I mean, there’s an element of certain roles that they played in the ’60s  we would really be doing with updating this for a modern audience. I’m thrilled about that, the fact that he is this really kind of Drill Sergeant, you know, that is really standing alongside with Strange.  You know, they kind of fight in this Multiverse as we sort of introduce this into the audience.”

What was Benedict’s favorite line or part on being the film? ” I don’t really have favorite lines to be honest. I love all my children.  I love all my lines.  I just love part of the scenes.  As long as we’re telling – I’m this cog.  I just feel like I’m a cog in a part of these amazing machines.  And everyone’s in it as well and special effects and the writing teams and everyone and the crew.  Everyone’s just putting so much energy into this and  I’m just there to be a part of that really and then I can’t wait to see it and just see what we’ve come up with.”

Wong is a pretty stoic character throughout the movie, and while interviewing Benedict, we quickly could tell this wasn’t his normal demeanor. We wondered what he related to more. “Oh yeah, I’m a little bit of a goofball really, like a serious goofball. But yeah, I think they’ve kind of got a very interesting relationship.  They’re a little bit chalk and cheese, aren’t they?  The odd couple.  And as much as he’s got these incredible mystical powers.  I think he’s also there to put in check and help him guide him through this crazy multiverse that we’re about to encounter I think.”

Benedict mentioned that the role of Wong was meant for him, we asked him what his reaction to getting cast as Wong was. “I got the call from Sara Finn and I called her up and she just said, Congratulations, you’re gonna have an amazing ride and I was like What?  Obviously you can’t tell anyone.  So you’re just at work, you know, dressed as Kubla Khan and you’re not to tell anyone. Oh, I’m gonna be in a Marvel and I’m beheading someone.  I’ll going to be in a Marvel Film.

“When someone gives you this secret and you go, don’t tell anyone.  All these sort of things where you just become, you as a kid, as an 11 year old, just thinking, “Wow, all of this investment of all my pocket has really paid off in my Adult life.”  It’s wonderful.”

While Wong is a sorcerer in his own right, we were curious if Benedict could have any super power what it would be. “Oh wow, Super power.  You know, I think this place really needs the power of understanding.  And I think I’d forego that from flying around and being invisible.  Yes, unifying that we’re all one.” 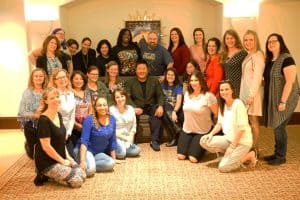 When preparing for the role Benedict took studying for his role seriously. “I first picked up like the oath so I really, so I just kind of had a little look at that.  It was like certain aspects of that, Man Servant to a T, you know, kind of sidekick. It took it back into the 60s and leave it there and for me, as an Actor as well, I’m always looking for a flow. What can we do to promote a positive role model.  And the fact that I feel this kind of stoic strength of Wong that is serious but he’s very, no doubt he is serious about the severity of what is about to happen really and these forces that we do not know.

“And obviously with the story of this arrogant Neurosurgeon becoming a broken man coming to find himself being humbled that he has a place that is bigger than himself.  I’m thrilled to sort of play this role and you know, I think Marvel, Kevin Thelke and the gang are doing a great job really to kind of promote that.” 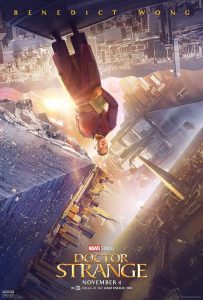