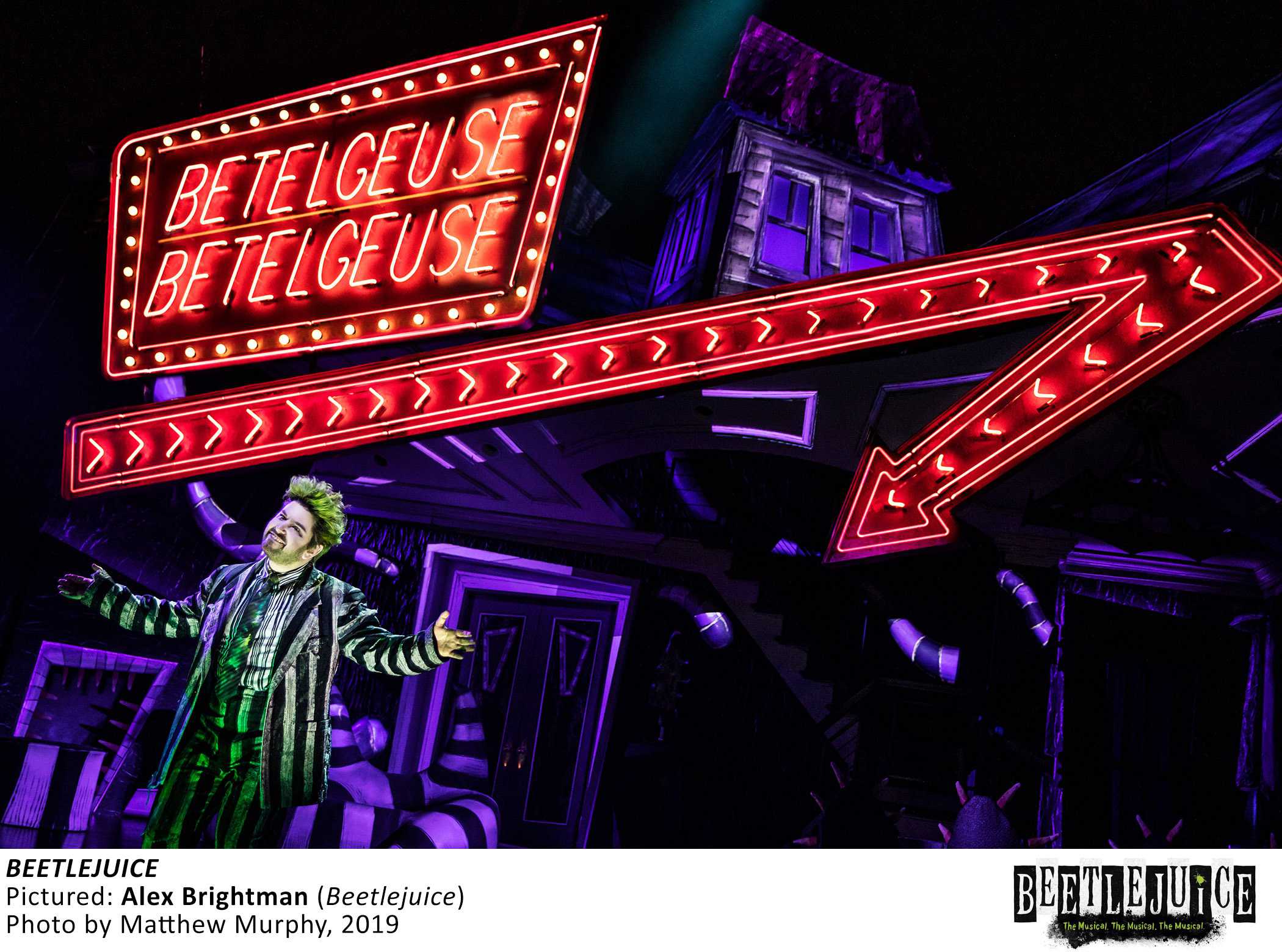 It’s showtime! The ghost-with-the-most will make his Detroit debut in this edgy and irreverent new Broadway musical comedy. BEETLEJUICE will play at the Opera House from January 31 – February 12, 2023, as part of Broadway In Detroit’s 2022-23 Season. Tickets go on sale Friday, November 4 at 10:00 a.m. and will be available online at Ticketmaster.com, BroadwayinDetroit.com, charge by phone (800) 982-2787, and in person at the Fisher Theatre Box Office.

Based on Tim Burton’s dearly beloved film, BEETLEJUICE tells the story of Lydia Deetz, a strange and unusual teenager whose life changes when she meets a recently deceased couple and Beetlejuice, a demon with a thing for stripes. When Lydia calls on Beetlejuice to scare away anyone with a pulse, this double-crossing specter unleashes a (Nether)world of pandemonium, and the biggest sandworm Broadway has ever seen.

BEETLEJUICE opened on Broadway on Thursday, April 25, 2019, presented by Warner Bros. Theatre Ventures (Mark Kaufman) and Langley Park Productions (Kevin McCormick), and won the Drama Desk Award and Outer Critics Circle Award for David Korins’ scenic design and was nominated for eight Tony Awards including Best New Musical. BEETLEJUICE had a history making run on Broadway – following the release of the musicals original Broadway cast recording and Tony Awards appearance, the box office exploded, making it the surprise hit of the 2018/2019 season. BEETLEJUICE’s Tony Awards performance has gone on to be the most watched musical number from the broadcast with over 3,921,530 views. BEETLEJUICE became a sensation with fans everywhere including on TikTok, which lead to an additional burst of ticket sales from a new audience for Broadway, making the musical one of the top grossing shows on Broadway, going on to break the Winter Garden box office record. The smash hit musical BEETLEJUICE played 366 performances at the Winter Garden Theatre on Broadway before being shuttered with the rest of Broadway on March 12, 2020. BEETLEJUICE returned to Broadway on April 8, 2022, at the Marquis theatre and will continue its Broadway engagement till January 8, 2023.

GHOSTLIGHT RECORDS and WARNER RECORDS released BEETLEJUICE – ORIGINAL BROADWAY CAST RECORDING for digital download, streaming and on CD. The album is produced by Tony Award winner Matt Stine, Tony Award winner Alex Timbers, Tony nominee Eddie Perfect and three-time Grammy Award winner Kurt Deutsch and has surpassed 250 million streams in the United States and 760 million streams globally. These landmark numbers continue the remarkable success of the album, reaching the list of top 10 most streamed OBCRs of the previous decade. The show’s songs have placed in Spotify’s “Viral 50” charts in 13 different countries. In addition, “Say My Name,” one of the show’s breakout showstoppers, was chosen as Amazon’s “Alexa Song of the Day” in 2019. The incredible growth is partly a result of user-generated content on TikTok, where songs from the album have been used in over one million videos.

Children under the age of five will not be permitted in the theatre.

Tickets for Beetlejuice start at $29 (includes facility fee) and will go on sale at 10:00 a.m. on Friday, November 4. Tickets can be purchased online at ticketmaster.com, by phone at 800-982-2787, and in person at the Fisher Theatre Box Office. A limited number of premium seats will be available through Ticketmaster and at the Fisher Theatre Box Office.

Tickets for the Open Captioned performance be purchased in person at the Fisher Theatre Box Office or by phone at 313-872-1000, ext. 0.