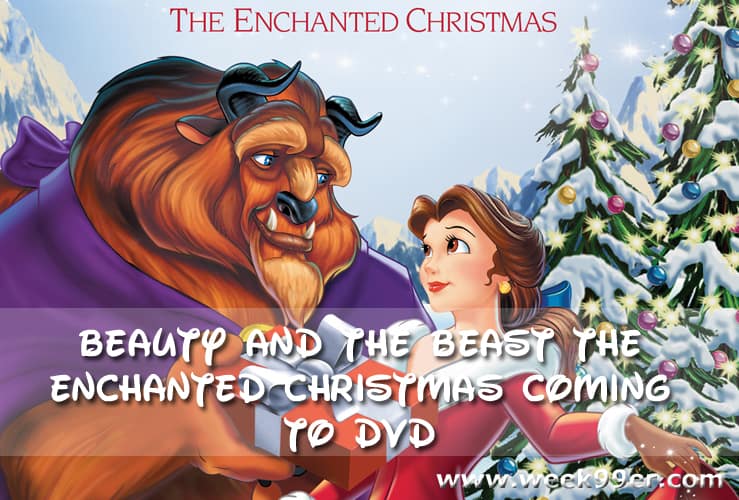 What happens after Happily Ever After? Sometimes after watching our favorite fairy tales unfold on the screen, we wonder where our favorite Disney Princesses end up. Thankfully Disney continues their stories and one of the most well received is Beauty and The Beast The Enchanted Christmas. This fan favorite is coming to DVD this fall with bonus features on the DVD and on the Digital HD versions that will become available.

About Beauty and the Beast Enchanted Christmas:

Disney’s epic fairy tale Beauty and the Beast continues with the release Beauty and the Beast The Enchanted Christmas just in time for the 25th anniversary of the original animated classic. The Enchanted Christmas tells a tale set within the story of the original feature, about Belle spreading Christmas cheer within the confines of Beast’s castle during her time there. The film’s all-star voice cast features Robby Benson as Beast and Paige O’Hara as Belle, along with the castle’s enchanted staff including Jerry Orbach as Lumiere, David Ogden Stiers as Cogsworth, Angela Lansbury as Mrs. Potts, Haley Joel Osment as Chip, Bernadette Peters as Angelique and Tim Curry as a grumpy pipe organ who threatens to ruin the holiday festivities.

This holiday movie is packed with laughs, music, beloved characters and heart, Beauty and the Beast The Enchanted Christmas is a must-own for the entire family! Bring home this charming tale as old as time on Disney DVD October 25th!

Beauty and the Beast The Enchanted Christmas has a total run time of approximately 72 minutes and is rated G. It will be released on DVD on October 25th and available for pre-order today!