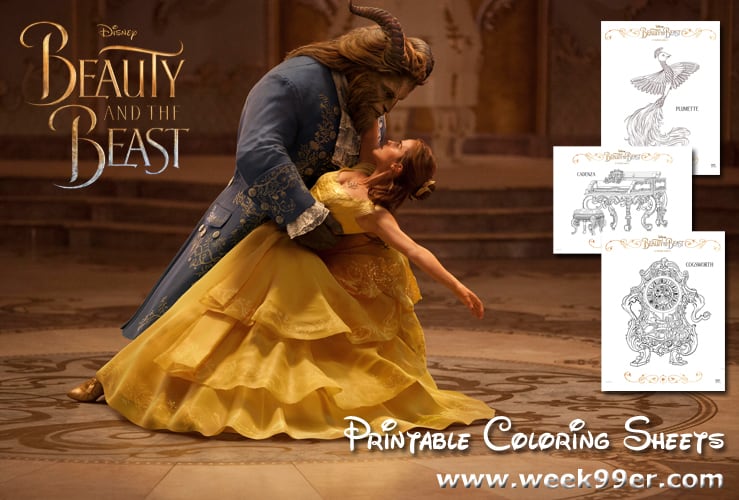 It’s time to be honest here – Disney is really making Beauty and the Beast for those of us who fell in love with the animated version as kids. Yes, younger viewers will love the movie as well, but it’s a bunch of 20 and 30 year olds who are going to flock to the theater to watch our childhood come to life. And with that in mind, Disney has released some absolutely beautiful coloring sheets for the movie. And while your kids will love them, they are beautifully detailed like Rococo design the movie takes into account, and adults will love these coloring sheets because of their art and the detail. I’m going to be printing these out to work on each day – they’re really a piece of art even before they’re colored!

Check out the awesome new clips and featurette from Beauty and the Beast below: