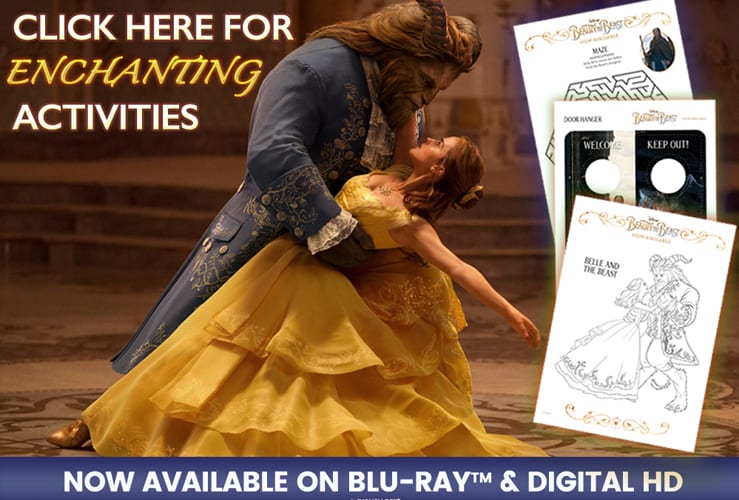 Have you brought home Beauty and the Beast yet? The live action movie is amazing and won fans and critics over. With the at home release of the film, we’re excited to share some great new printable activity sheets. There are coloring sheets, mazes, door hangars and much much more! All you have to click the image above and save the PDF to print whenever you want them.

Get your copy of Beauty and the Beast now!