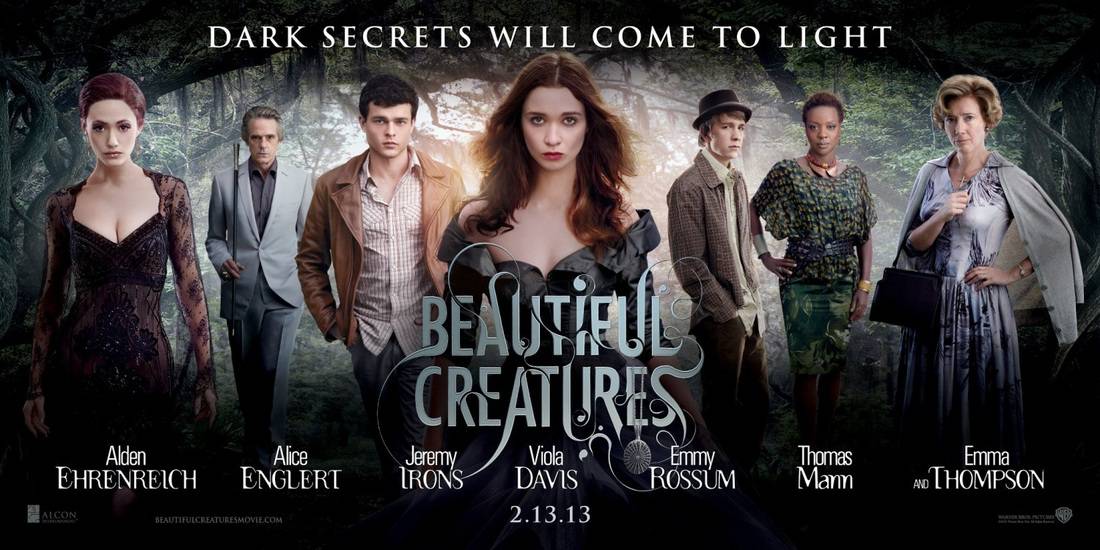 You may have noticed a surge of supernatural movies over the last couple years. Each one has captured audiences and young readers (and adults). But in a couple weeks a new player comes on the scene – Beautiful Creatures. Based off of the first book in a four book series, Beautiful Creatures is different than any of the movies that came before it.
Beautiful Creatures was written by by Kami Garcia and Margaret Stohl. The book was a collaboration between the two authors as well as their children. They originally started to write the story in response to what their kids requested. Their teenagers wanted a story from the voice of a teenage boy for once. They also wanted the main girl character to have her own voice, and powers – not reliant upon another character or to always be the damsel in distress.

Once they started writing the story, they decided to turn it into a book. “Our oldest teenager laughed in our faces as a dare. 12 weeks later they wrote a 600 page book. The kids directed where it went. The story was written for 7 teenagers expressly,” said Stohl. The book has now been published in 48 countries and has been turned into a full length motion picture.

Both Garcia and Stohl balanced writing the book together as well as raising their families. “We fought all the time. We basically both had jobs and wrote a lot at night. My kids, the older teenagers, were handed the the story after their homework was done.” Even through the movie optioning and production their every day lives kept both Garcia and Stohl grounded. Every day life continued as their book began to sore on the charts.

“We weren’t trying to writing a book. It was mostly an accident,” Gracia said. Stohl and Garcia are both fans of the Young Adult genre and both read the Twilight series because they enjoyed it. But their book was different – they wanted to make sure different walks of life were represented and it was something that Teenagers were looking for. Stohl stated “We respect teenagers, we think they’re brilliant, talented, and we respect our readers.”

Besides the different voice the story is being told from the book also has a high emphasis on the importance on reading and literature. This parallels both author’s love of reading. “That’s one of the things we’re so excited about. the thing we’re the happiest about is all 4 of our books are at the top of the charts. They’re continuing to read the series. We’re happy if they’re reading anyone’s books.”

You can find all four books in the series at major book retailers. Beautiful Creatures will be in theaters everywhere on February 14th. For more information about the movie and showtimes visit their website.