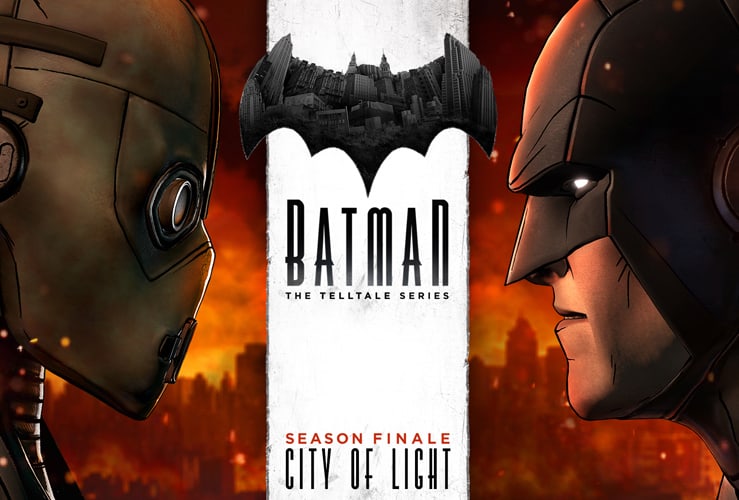 The main issue I had with the game was that my desktop was lacking on the video card.  I turned down the graphics quality and anti-aliasing, which cleared up most of the issues, but it lags when there are more than a few things on screen.  Newer systems should not have issues rendering the game.  I like how the Steam system instantly changes from keyboard to XBOX wired controller.  There was no install or update for the game pad.  Other than the minor lag issue, I found the game really enjoyable and I am looking forward to another play through of the five episodes and to see what new episodes bring (one of *the* main villains is poised to take on episode 6).

The game series Batman the Telltale Series is an interesting take on the Batman story.  The main parts are still there and the story line centers around who Thomas and Martha Wayne were and the journey through Gotham’s underbelly to find out what everyone knows.

I was lucky enough to get a free season pass from Telltale for this review.  I know, hard life, play through a video game and write about it.  The season pass is $16.74 (normally $24.99), but the first episode is free to download and play through.  If you are not hooked by the end of episode 1, you will not enjoy the rest of the episodes.  But, come on, it’s Batman.

The Penguin is not the small aquatic bird boy that has been popularized in the comics and cartoons, but rather a tall and slender old chum of Bruce Wayne that ends up on the wrong side of the law.  He and others start you on a journey that will unravel everything Bruce thought he knew about right and wrong and his parents.

Instead of the standard button mashers that we have become used to, you are face with a role playing game style dialogue engine that gives you choices at crucial moments.  You will not completely understand the ramifications of what you say and do until the next episode or even later.

Some of the fight mechanics are a little difficult to work, but you will eventually get the hang of it.  On my play through, I definitely died several times to Killer Crock and some other baddies.  The system puts you back at the start of the situation you died in until you can move on.  There does not appear to be a penalty.  Yet.

I would definitely recommend this graphic novel stylized, dramatic RPG to anyone that enjoys the Batman universe.  The main story hits an arc that is virtually unknown to the casual fan, but will have some surprises even for the most stalwart follower of the Dark Knight.