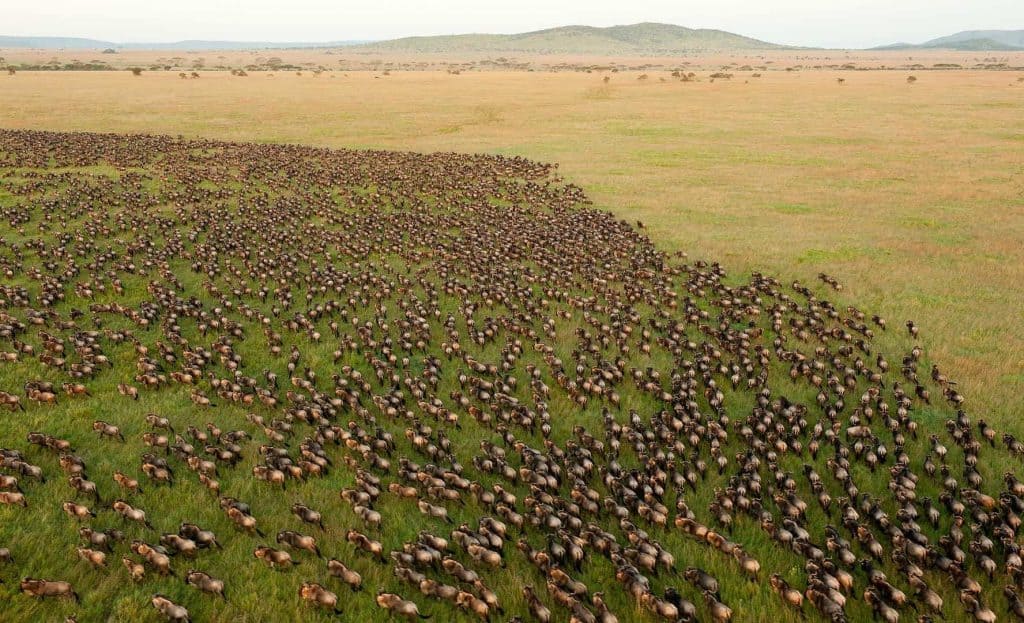 Africa’s unspoilt nature is some of the most awe-inspiring on the planet. It’s exotic wildlife, mighty deserts and impressive mountains have started to attract many tourists. Here are just some of the continent’s most incredible natural wonders. There is so much to do like climb Mount Kenya, and more places to explore.

This vast nature reserve is one of the most iconic locations in Africa. Most people visit for the annual migration in which millions of wildebeest and thousands of zebras parade through the region in search of greener pastures. This national park is also home to made other incredible animals including giraffes, crocodiles, elephants, hippos, rhinos, hyenas, lions, cheetahs and even some leopards. By taking a guided safari of this national park, you can get up close to some of this wildlife.

Also located in Tanzania is Africa’s largest mountain, Kilimanjaro. The mountain is actually a volcano and consists of three volcanic cones giving it it’s crested peak. Many people climb this mountain every year as a challenge – the trek typically takes five to nine days and takes a lot of training for. Almost every ecological system can be found on the mountain from rainforest to heathland to glacier making it an exciting climb.

The Nile is the world’s longest river and flows through a number of countries in Africa. Whilst it’s source is disputed, many believe it to be near Lake Victoria. The most notable country in which the Nile flows through is Egypt. Here you can take plenty of cruises and boat trips, visiting the various Ancient Egyptian monuments along its coast and potentially spotting wildlife such as crocodiles and hippos. 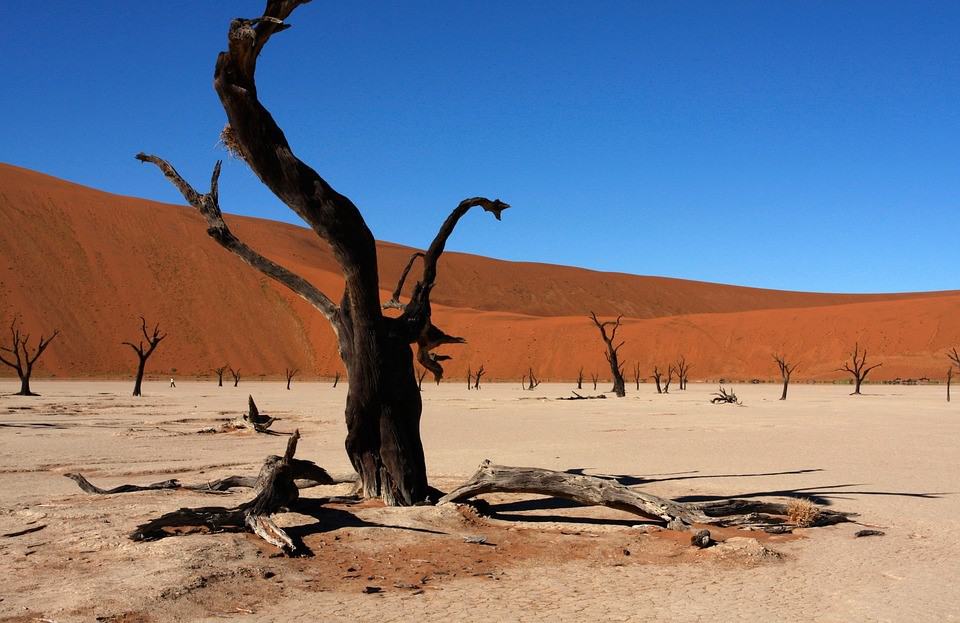 Located in the Namib Desert is the weird and wonderful natural wonder of Sossusvlei. Believed to have once been an oasis, it is now nothing more than a clay pan. Surrounded by gigantic dunes and peppered with dying trees, the place has an otherworldly feel straight out of a Dali painting. You can catch a safari to this place and potentially spot wildlife on the way such as wildebeest. You can also challenge yourself to climb some of the neighbouring dunes, which are some of the highest in the world (the tallest can be found elsewhere in the Namib desert).

This large crater is thought to have once been a huge volcano that was bigger than Mount Kilimanjaro before it collapsed many millennia ago. The crater has turned to lush grassland with a lake in the middle. Unsurprisingly, it is an oasis for wildlife. By taking a tour to Ngorongoro crater, you may have more chance of getting up close to certain wildlife including elephants, giraffes and lions. The breathtaking views from the rim of the crater also must be seen. 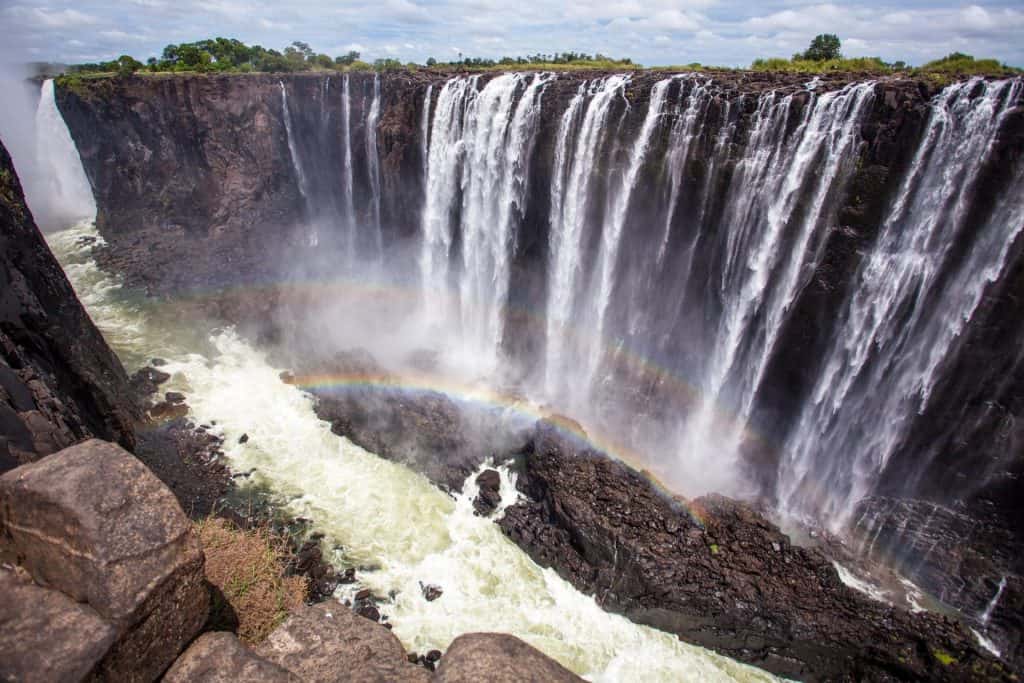 Whilst it may not be the tallest or widest waterfall in the world, Victoria Falls is ultimately the largest when combined. In fact, it’s twice as tall as Niagara Falls and over twice the width of Horseshoe Falls. The best time to visit this waterfall is in the evening when the waterspray creates rainbows over the moon. You could combine a Victoria Falls safari holiday with a trip to one of the neighbouring national parks including South Africa’s Kruger and Botswana’s Chobe National Park. There are also many activities in the area for adrenaline seeking tourists such as canoeing, bungee jumping and white water rafting (daredevils can also bathe in the water by the edge of the waterfall between September and December when the water flow is at its slowest).

This flat-topped mountain in South Africa overlooks Cape Town and is a popular tourist attraction. On top of its unusual shape, the mountain commonly attracts clouds on top, which some people have nicknamed the ‘Table cloth’. You can access the top of the mountain by cable cart or you can hike up it using various routes. Those daring enough can even abseil down the side of the mountain (it’s the highest abseil point in the world). A trip to table mountain is best combined with a trip to Cape Town and all its urban sights.

The Black and White Desert, Egypt

Egypt’s Sahara desert isn’t all typical sandy wasteland. The black desert and the white desert are two popular destinations near Farafra that are often combined in a safari. The white desert is the most iconic and is so-called due to it’s white chalk rock formations. These look particularly striking in the evening sun in which they appear to glow. Just north of this desert you can then visit the black desert. Here, the sand is black – the result of volcanic activity many years ago.

Located off the coast of Mauritius, there is an optical illusion known as the underwater waterfall. This is created by sand and silt running off an underwater cliff. You can only see this illusion from the air, which could mean forking out on a helicopter trip over the bay. Even if you don’t see the waterfall, the area around this natural wonder is worth visiting for it’s tropical beaches and reefs.

The sandstone rock formations of Tassili n’Ajjer are incredibly scenic and are one of Africa’s more secret natural wonders. The area is also known for its incredible cave art, much of which is prehistoric. Conspiracists believe that these cave paintings give proof of aliens due to some of the strange symbolism. You can get to this national park by car, although there are only a few guided tours to choose from. Those wanting a challenge could consider taking a camel trek there.

10 Best Places to Visit in Spain

Do You Want to Stay Safe While Cycling? Here Are Some Tips for You

Important Tips for Being a Safe Driver

5 Steps to Writing Movies Reviews Like a Professional Critic

5 Job Ideas To Work With Seniors