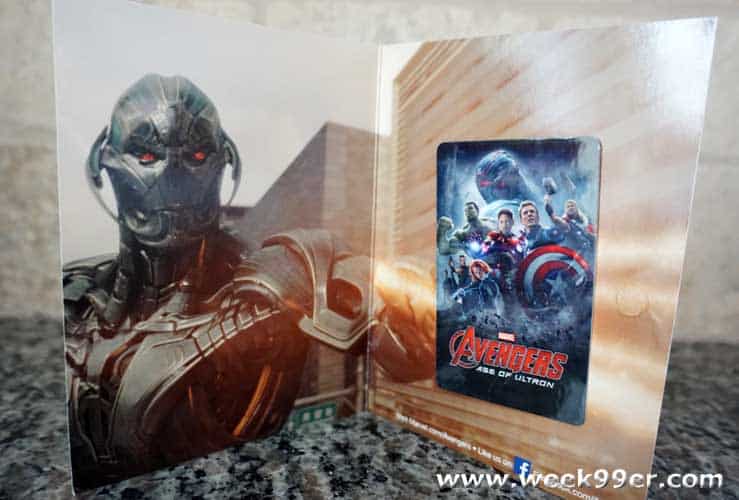 Whenever a new Marvel movie hits theaters it’s met with a lot of excitement and anticipation. When Avengers Age of Ultron came out in May, it wasn’t any different. Theaters were packed, and fans rejoiced as their favorite super hero team were together once again.

Age of Ultron was released early on Digital HD versions earlier this month, and is coming to DVD and Blu-Ray on October 2nd. We were sent an early copy of Avengers Age of Ultron for our Disney Movies Anywhere account so we could watch it early and enjoy the movie again and again. While we usually prefer DVDs because of the extras, the Digital copy code we got came with extras as well! It wasn’t just a digital copy to watch the movie, but also included bonus features and deleted scenes.

With a total run time of 141 minutes, Age of Ultron brings together your favorite Avengers again. You will find Iron Man, the Hulk, Thor, Black Widow, Hawk Eye and Captain America battling Ultron, a digital force created from an infinity stone to protect the world. Instead Ultron has his own plans, and in the process tries to destroy the world. Avengers: Age of Ultron is a fast paced film that is full of action and battles. You can find Age of Ultron on Digital copy now, and on Blu-Ray and DVD on October 2nd.