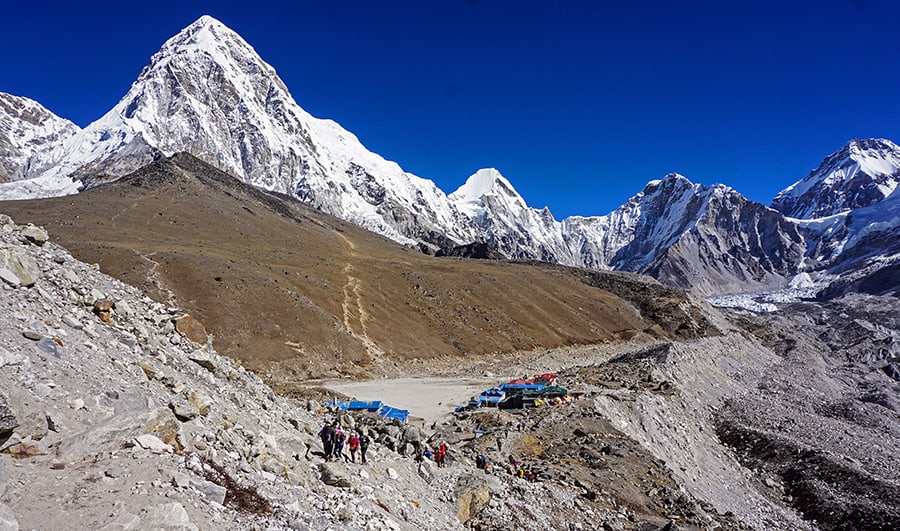 Trekking in Nepal is one of the best things to do, not only in Nepal itself, but the entire world. Thousands of enthusiastic trekkers from across the globe visit Nepal to undergo amazing treks in the Himalayas. Because of the gorgeous Himalayan environment of Nepal, treks are always fun and filled with unique features and unforgettable experiences. The blend of many different aspects of the trekking destination presents a wonderful experience that surely gets ingrained in the minds for years. From the cerulean Himalayan towers and coruscating river valleys and gorgeous trans-Himalayan woods to deep ever-flowing rivers and vast open mountain pasturelands and terrace farms, trekking in Nepal is like immersing yourself in the paradise-like beauty of nature. There are many treks to choose from as well. Nepal does not lack in the aspect of trekking destinations. From popular trails to obscure off-beaten paths, Nepal treks present a huge amount of options to choose from. Here are the top 7 best treks in Nepal-

#1 the Everest Base Camp Trek

The Everest Base Camp Trek is considered one of the best treks in Nepal. It takes place in the beautiful Khumbu region- home of Mount Everest. The Khumbu is also home of the legendary Sherpa people of the Himalayas. The trek takes you to the base camp of the world’s tallest mountain peak. You follow the same path that was first taken by Sir Edmund Hillary and Tenzing Norgay Sherpa in 1953. The gorgeous Himalayan scenery of the Khumbu coupled with the cultural ambiance of the region makes for an unforgettable adventure. Some of the highlights of the trek include visiting many ethnic villages like Namche Bazaar and Tengboche, the vantage point of Kalapatthar and the Sagarmatha National Park among many others.

The Manaslu Circuit Trek is a remarkable trek that deserves to be among the best treks in Nepal.  Flaunting amazing panoramas of the Himalayan peaks in the Nepal-Tibet border, the Manaslu Circuit takes you around the stunning Mount Manaslu, the 8th highest mountain in the world. It reaches the highest point at the Larkya Pass which offers magnificent views of the Manaslu Peak. It presents a diverse and secluded topography coupled with Tibetan style villages.

The Annapurna Base Camp short Trek is another one of the best treks in Nepal. It is equally famous and sought after as the Everest Base Camp Trek. Correspondingly, the base camp trek to Annapurna takes place in the Annapurna region. It is considered the most beautiful region in Nepal. The river valleys and the Himalayan dunes of the Annapurna are shadowed by the amazing Annapurna mountain massif. It is a verdant natural region that presents many highlights, such as the ethnic Magar and Gurung settlements, unforgettable destinations like Jhinu Danda, Ghorepani and Poon Hill and the view of the Annapurna Mountains and its neighboring peaks are every turn of the trail.

The Ghorepani Poon Hill Trek is another option for the Annapurna region treks. Among the best treks in Nepal, the Ghorepani Poon Hill Trek is quite suitable for people who are restrained on time. It is a great option for people for want to experience the beauty of the Annaournas Mountains without going the lengths of higher altitude trekking. The ethnic villages along the way and the vantage point of Poon Hill make the trek simply awe-inspiring. The vantage point of Poon Hill offers panoramic views of the entire Mount Annapurna massif. Trekkers often visit Poon Hill in the early hours of dawn to watch the sunrise amidst the Himalayas.

The Langtang Valley Trek is another beautiful trekking adventure that presents gorgeous natural surroundings. Among the best treks in Nepal, the Langtang Valley Trek stands on a middle ground in terms of popularity. It is not as crowded as the more popular treks of Nepal, yet not obscure enough to be deemed an off-the-beaten-paths journey. This gives the Langtang Valley just the right amount of suave that is appealing to trekkers. As a matter of fact, the Langtang Valley is also known as “the Valley of Glaciers”, and is quite naturally abundant in beautiful features. The trek is accompanied by the towering Langtang Himal, and includes highlights like the Kyanjin Gompa and the valley’s famous cheese factory. The whole valley is also under the protection of the Langtang National Park.

The Annapurna Circuit Trek is recognized as one of the “Classic Treks” of Nepal. It is a circumbulation of the upper parts of Manang and crossing the famed Thorong La Mountain Pass. The highlights of the Annapurna Circuit Trek includes reaching the Kali Gandaki Gorge and visiting Muktinath- a revered place for the Hindu and Buddhist people of Nepal. Each trekking trail of the circuit is ornamented with the contrasting landscape of the upper catchments of the Annapurna region. Donkey and yak caravans and nomadic traders can be seen hurdling along the passes as you trek along the journey.

There are many more treks to do in Nepal. The amount of option that is available for Nepal Treks is certainly boundless. There is definitely something for people of all ages, experiences and preference. Furthermore, the best time to do treks in Nepal usually occur in the spring and the autumn seasons? The spring season lasts from March to May and the autumn season lasts from September to December, with the exception of Upper Mustang Trek that is quite suitable to do in the summer. Winter treks can also be done in Nepal at low altitudes.