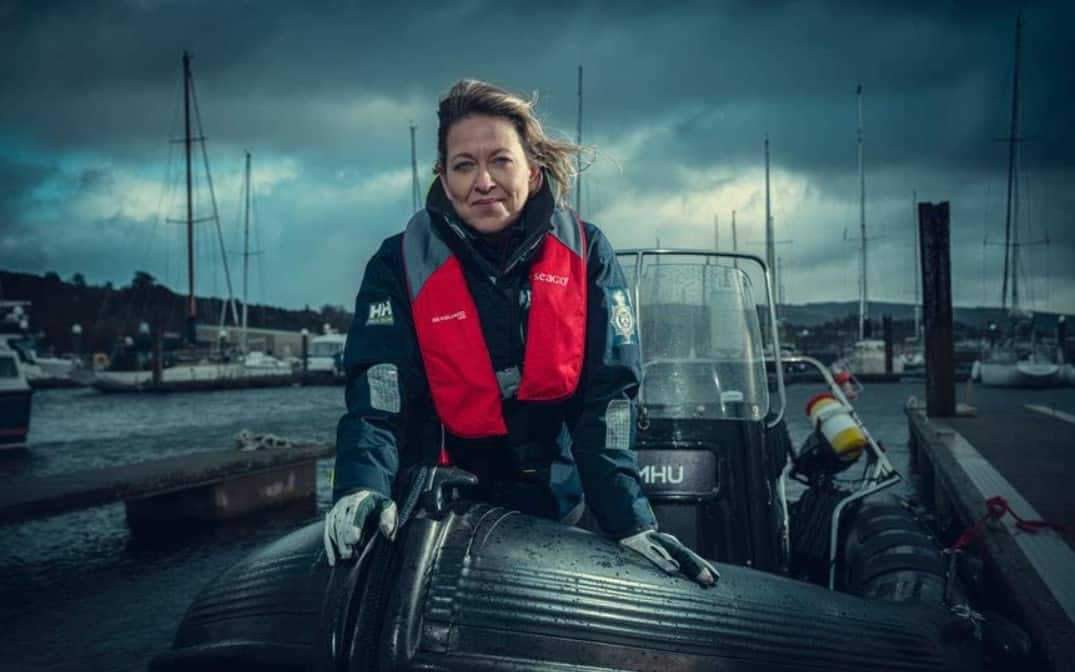 With streaming networks and channels being flooded with procedural shows, after a while it seems like they’re all starting to look the same. Fans of the genre have their favorites, but the format seems to have become pretty formulaic over the years. But every once in a while, a show that shakes up the format hits the scene. Maybe it’s because it’s from Europe and it doesn’t have the same need to follow the same formats, but Annika is shaking up how procedurals are shown, and literally breaking the fourth wall.

Following DI Annika Strandhed, the speedboat-driving head of the city’s newly-formed Marine Homicide Unit in Glasgow, the show takes on cases in the area that you wouldn’t normally see. Despite the Marine Homicide Unit currently being a thin of fiction, the show brings compelling cases, as Annika and her team work to solve them. Yes, there’s murder and the types of crimes of the other shows but how they go about working each case is different. And Annika directly addresses the audience several times during episodes – a trend we have seen in other British and European shows we’ve watched. The result is a compelling show that you will be able to binge the whole series when you have all of them available.

Annika is on the PBS MASTERPIECE Prime Video Channel now and has six episodes in its first season. If you’re a fan of procedural shows, this one will check all of the boxes but is just different enough that it will have you coming back for more. At this point, there’s no word on if the show has a second season on the horizon or not, but we’re hoping to see a return of this series.

Set on a scenic river amid stunning Scottish lochs, Glasgow has an unusually high rate of slayings connected to water. At least, it does in MASTERPIECE’s gorgeous new crime series starring Nicola Walker (Unforgotten, Last Tango in Halifax) as DI Annika Strandhed, the speedboat-driving head of the city’s newly-formed Marine Homicide Unit. “Annika’s” six suspenseful episodes will have a special premiere on PBS Passport, an added member benefit which provides extended access to a digital, on-demand library of PBS programs, and the PBS MASTERPIECE Prime Video Channel on April 17, 2022. The subscription rate for the PBS MASTERPIECE Prime Video Channel is $5.99/month with an Amazon Prime or Prime Video subscription. The series will have a television broadcast in Fall 2022.

A police procedural with wit, “Annika” delighted critics during its recent UK broadcast. “The dialogue is so droll and the performances so charming I’m in for what fisherfolk call the long haul,” enthused the reviewer for The Guardian and The Times offered this praise, “Annika allows Walker to let loose a warm sense of humor.”

Walker is joined by Jamie Sives (Guilt) as DS Michael McAndrews, Annika’s old colleague, who resents being passed over for the DI job but performs at full throttle as her second-in-command; Katie Leung (Harry Potter) as DC Blair Ferguson, the forensic brains behind the unit; and Ukweli Roach (Grantchester) as DS Tyrone Clarke, the new cop at the station, who requested a posting with the legendary Annika. Also appearing are Silvie Furneaux (Limbo) as Morgan, Annika’s rebellious teenage daughter, and Paul McGann (Luther) as Morgan’s therapist Jake Strathearn, who develops into something of a soul mate for single mom Annika.

While other TV detectives discuss the case exclusively with their team, Annika addresses viewers directly, “breaking the fourth wall” that separates the action from the audience.