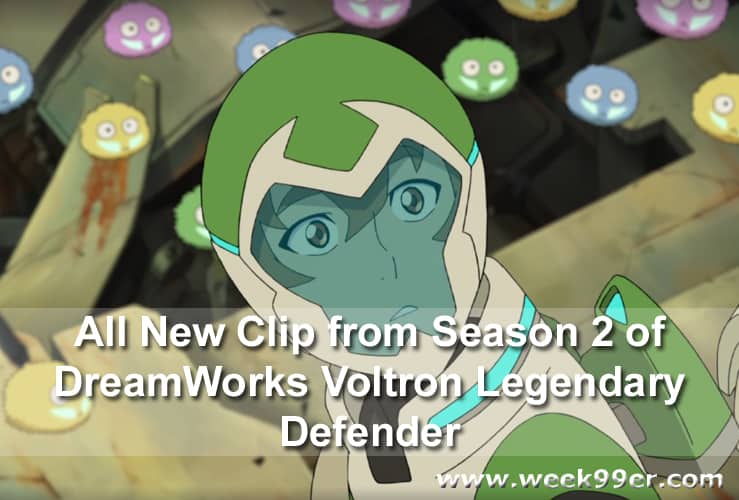 We’re only a few days away from the second season of Voltron and continuing the epic story the first season started. The episodic adventure introduced us to the new Palladin’s and Lions we remember from our youth. The universe’s greatest protector will rise again and pick up where last seasons cliff hanger left off with DreamWorks Voltron Legendary Defender Season 2! In celebration of this fan-favorite sequel coming to Netflix on Friday, January 20th, DreamWorks Animation Television and Netflix have released a brand new clip, you can check it out below:

Following the season one cliffhanger, Team Voltron has been scattered throughout the universe in the aftermath of a perilous battle with Zarkon, Haggar and the evil Galra Empire. Working to bring the lions back together to form Voltron again, the Paladins’ plan to defeat the Galra once and for all takes them across the universe in search of new worlds and unexpected allies. Find out if their plot to take down Zarkon succeeds when Season 2 of DreamWorks Voltron Legendary Defender premieres on Netflix January 20, 2017.