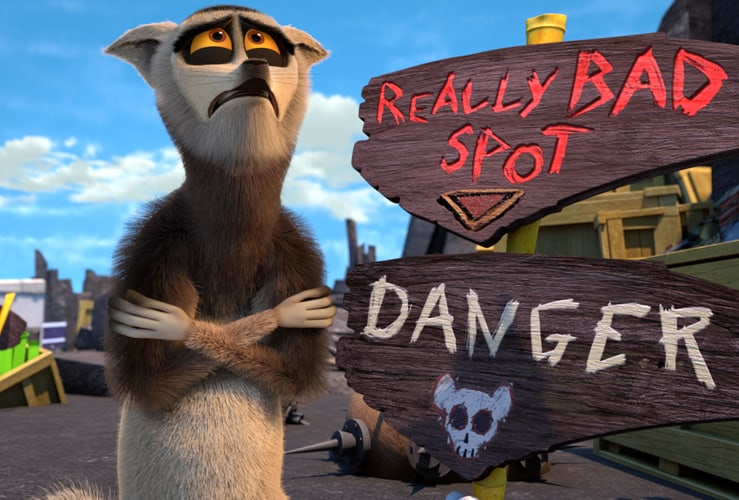 DreamWorks Animation did something amazing when they released Madagascar. Not only did they create main characters we all fell in love with, but the characters were so well done the secondary characters became fan favorites as well. From the original movie and it’s sequels have spun several fun shows like the Penguins of Madagascar and of course All Hail King Julien. Now, there is a new addition All Hail King Julien Exile. Our favorite crazy Lemur King finds himself deserted, and tries to find his way to his place on the thrown, and his devoted subjects are on a quest to return him to power. The full season is available on Netflix today for streaming!

About All Hail King Julien Exile:

After King Julien is forced to flee the kingdom, leaving his subjects behind, a chill sets in on the island of Madagascar: Koto has taken over. Separated from his closest friends and fearing the worst for his people, King Julien ventures across the sea to recruit an army of unlikely allies. As a battle of the lemurs looms large, King Julien is not alone. Maurice, Clover and Mort will stop at nothing to find their King, each enduring a personal journey to ensure that Julien’s booty lands back on the throne. The new stand-alone season starts Friday May 12th, only on Netflix!

Check out a clip about The Mort Idendity Below!

Mort has gone undercover posing as a royal jester in hopes to overhear Koto’s plans for Madagascar. It’s a risky move, but Mort will do just about anything to get his King Julien back on the throne! Discover the truth with Mort in All Hail King Julien Exiled.