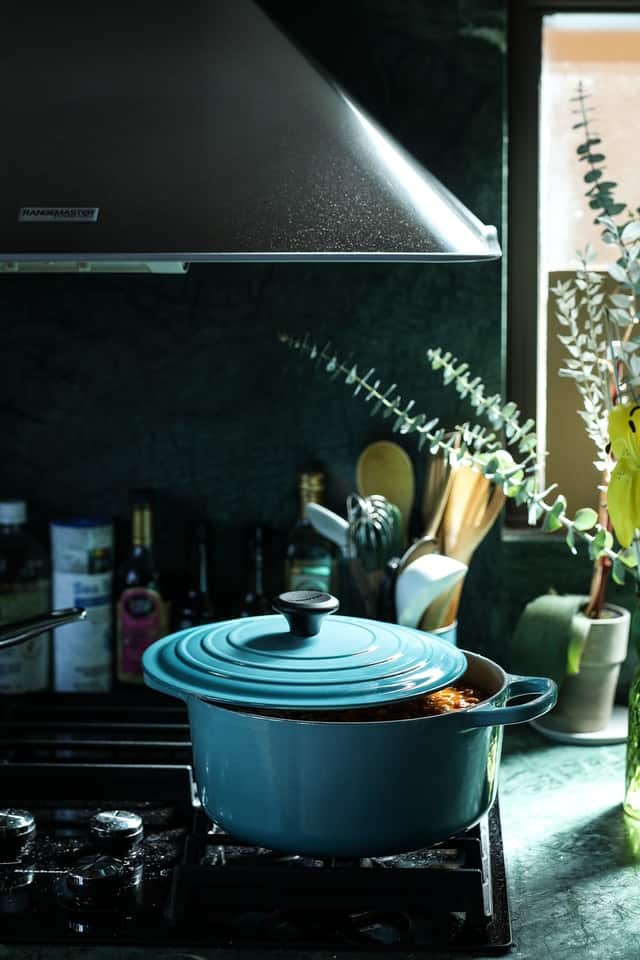 There are two types of Dutch oven. The stove top or in the oven type, which is pretty enameled cast iron that can fit into your kitchen color scheme. The second type is the outdoor Dutch oven, which can fit over a grill or a pit fire. The campfire cast iron Dutch oven is the focus of this article. You can take an outdoor Dutch oven to cook indoors, but you cannot take the indoor Dutch oven out of doors. The following are advantages to cooking with Dutch ovens.

A Dutch oven can be used outdoors either camping or in the backyard. Those hot days of summer when it is so difficult to cook because of the heat, the Dutch oven can slow cook a complete meal outside.

You can control the heat of a Dutch oven by following a formula. The formula is to place as many coals as diameter plus three (D + 3).  For example, if you have a sixteen inch oven, you would put 16 coals plus three – a total of 19 coals. This regulates the heat. The heat will be 325 degrees. Each additional coal adds 10-15 degrees to the heat. To lower the temperature, you remove coals. The formula for removal of coals to lower temperatures – one coal lowers it 10-15 degrees.

The placement of the coals is important. Never place coals directly under the oven. The coals should be placed evenly in a circle. This allows the heat to be distributed evenly.

Even cooking of foods inside the Dutch oven. You can add coals to the top of the lid to distribute the heat on both the bottom and top. The coals should be placed in a circle on top of the flange.  The coals placement should allow four coals to be placed near the center of the lid. Two coals should be placed on both sides of the handles.   Hint: to make your meal look more appetitizing, brown your meats first in the Dutch oven before adding the rest of the ingredients.

A Dutch oven is versatile. You can make recipes that are generally unavailable when camping.  It can bake bread, or desserts. It can slow cook all day to bring out the flavors of a stew or chili beans.