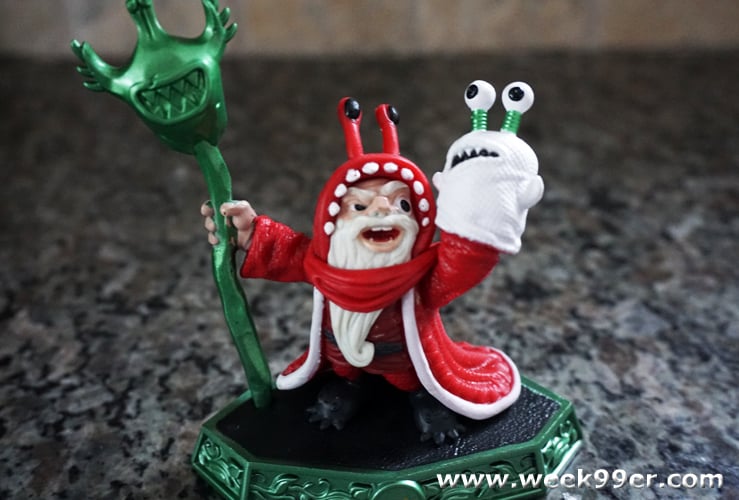 In our house, like many others, Skylanders have taken over! And with Skylanders Imaginators there is a new collection of characters, powers and now crystals to add to the collection and game. There are a few new characters wrapped and under the tree, but Activision sent us a very special one for the holiday season – Jingle Bell Chompy Mage – a sensei released just for the holiday season and the game! 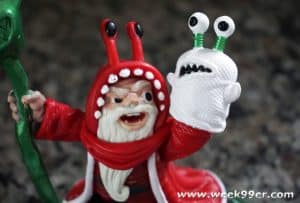 Like all other Skylander Imaginators you get a powerful character in your figurine. Chompy Mage helps with the holiday gift exchange but also comes loaded with new fighting skills for your current characters. Decked out in holiday garb, he’s a lot of fun and comes with his own hand puppet with googly eyes as well. You never know when you’re playing the game when you’ll need the power of a Sensei – but Chompy Mage is here to expand your fighting skills and bring the holiday cheer. 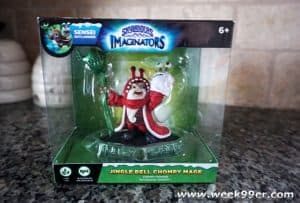 Jingle Bell Chompy Mage is a limited release character for Skylanders Imaginators, and wont be available after the holiday season. We love bringing this bit of fun and cheer into our game play!

Chompy Mage is a specially designed toy that appears in the game outfitted in a holiday-inspired wardrobe.  He joins the lineup of Sensei Skylanders new to Skylanders Imaginators and is ready to teach the Skylanders some new fighting techniques and a classic Chompy holiday tradition – the White Chompy gift exchange!