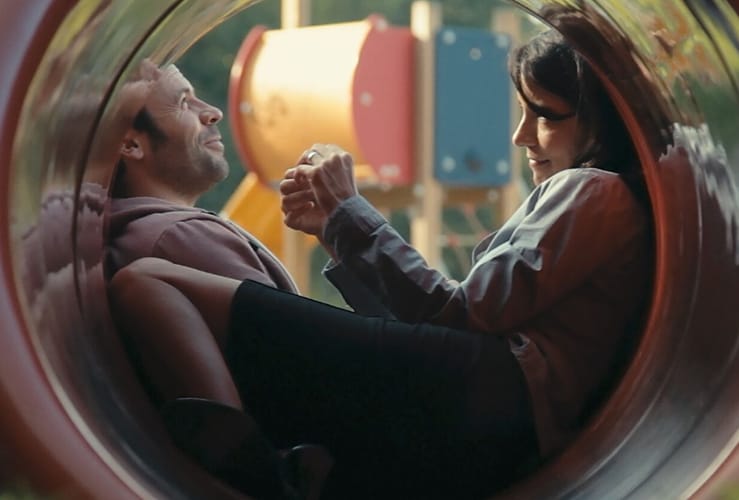 We have all been there, running into an ex on the street and do what we can get away from the awkward situation before we actually have to interact with them. I’ve turned corners and walked a couple blocks extra rather than deal with someone after the relationship ended badly. But what do you do when you not only run into your ex, but a transit strike makes it so you can’t make that quick get away? You’re trying to get home and you have to deal with the past at the same time. This is exactly what is at the heart of the new release from Random Media is about, and a new way to say goodbye to the past.

Across the River follows a successful lawyer, Emma and her ex Ryan as fate throws them back together. Both were each other’s first loves and their relationship didn’t end happily. Their chance meeting isn’t well received by Emma, but as Ryan tries his hardest to help her get her way home a strike has halted all of transportation in London. When trying to find their way around the city and to their homes on different sides of the river, the couple reflect on their past relationship as well as where their life is. Giving them the goodbye they both wanted and needed.

The movie is cute reflection on relationships, dealing with the past as well confronting it head on while looking at the future. With no major conflicts the movie does only reflect on the ones of the past, and does so tastefully. The relationships depicted are genuine and ones that viewers can relate to. While not a fast paced movie, overall it is a great moment of escapism for viewers.

Across the River is available today on Digital, VOD and DVD!

Across the River Trailer:

Across the River Official Trailer from Warren B. Malone on Vimeo.

About Across the River:

Emma has it all. She’s a successful lawyer with a loving husband, two wonderful children and a beautiful home. Ryan is trying to build an elephant out of sand on the beach. He was her first love; it ended badly many years ago and they haven’t seen each other since… It’s awkward at first but they have one thing in common. A strike has paralyzed public transport and they need to get to their homes: quite close, but on opposite sides of the river. On their way they reminisce, argue, cry and laugh. They can never recapture what they had, but the memory of it tempts them.