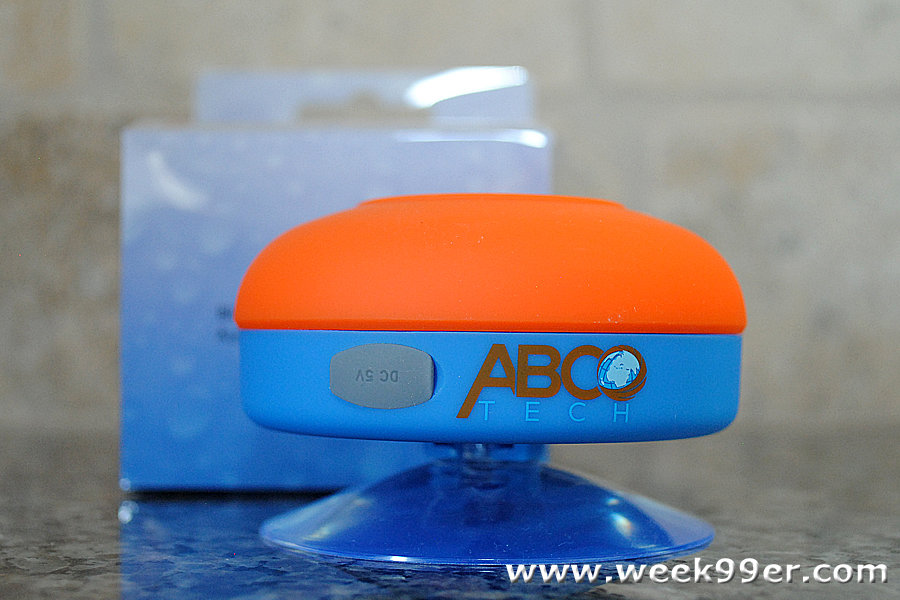 There are just some places our technology can’t go yet – mostly places that are around water. Yes, there are phones and tablets that can go into the water now but there are limited amounts of ways to bring your music with you. You can still find a shower radio – but why do that if the music you want to hear is already on your mobile device? And you certainly can’t answer your phone on them! 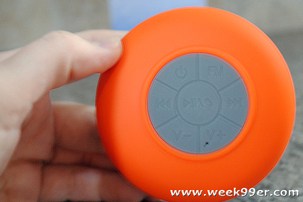 It may seem like an odd idea, talking on the phone while you’re in in the shower. But if you’re waiting for a call and need to hop into the shower you can answer it without worrying about missing a moment. This is only one of the features of the Abco Tech Water Resistant Shower Speaker offers. We were sent one to test out, and we were amazed at the amount of features you could bring with you in the shower or near a pool.

The Abco Tech Water Resistant Shower Speaker is not water proof, meaning you can’t submerge it in water. However, you can have it in the shower, near a pool, hot tub or anywhere where it can be splashed or have water run over it. The front has large easy to access buttons while you’re in the shower, where you can skip songs or turn up the volume. You can easily switch between the app you set before you got in the shower and the radio. Since it connects with your devices with Bluetooth, you can play whatever apps you like from streaming radio, shows, news and more. Check out some of the other popular Bluetooth speakers on market here. 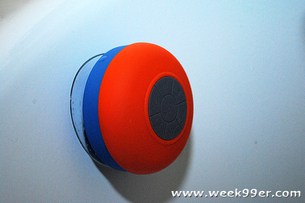 Unlike other shower stereo systems, the Abco Tech Shower Speaker actually attaches with a large suction cup. This means you have to have a smooth surface for it to grab onto. This was probably the only issue we had with the speaker, since the tile we have isn’t smooth and has an irregular face. The only place we could stick the speaker was to the inside of the tub. With that being said, the speaker still worked wonderfully. It works up to 15 hours on one charge and you can crank up the tunes whenever you’re in the shower. But don’t forget, if you’re in the middle of singing your favorite song – you can still answer that call that just came in as well.

The Abco Tech Water Resistant Shower Speaker is a small shower accessory, but has a lot of functionality. While we had the issue with the suction cup, I’d still rather that set up than one that hangs from the shower head that might get in the way of the products we have there. It’s small size makes it unobtrusive, and it punches out the sound while you’re in the shower. They are currently available on the Abco Tech Website as well as on Amazon. 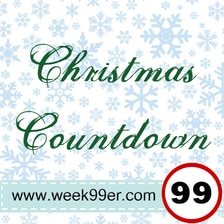