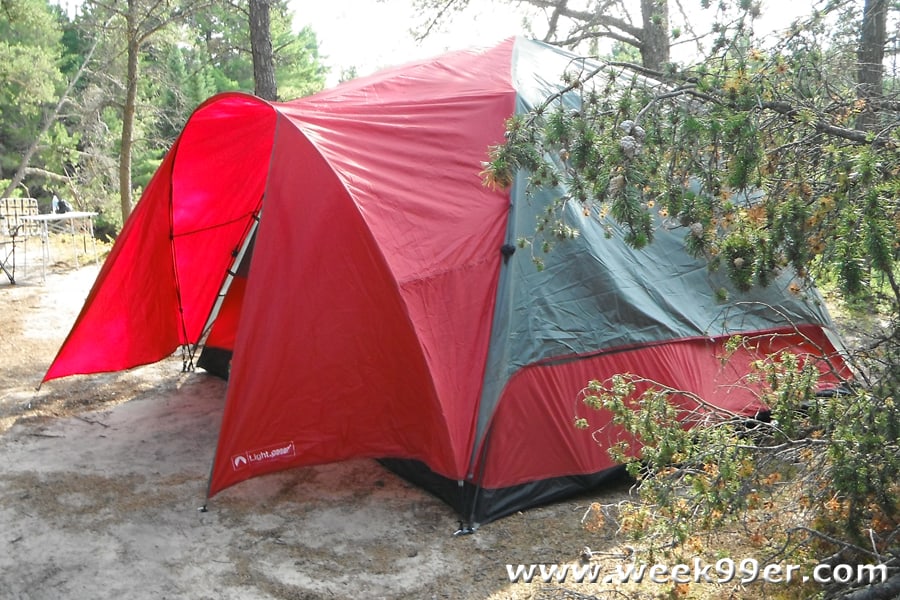 It’s true, I’ve been back from our trip for a little bit now. I’ve been working in the background, while trying to feel normal again. It was one most interesting trips in our history, but we still managed to have a good time. But let’s just say it was a great trip for doing things the first time! 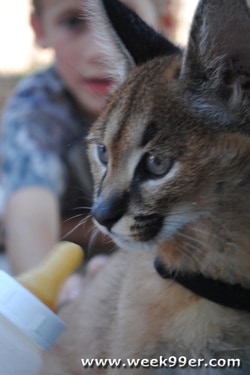 Yes, there were a lot of first times on this trip – some experiences we were happy to have, others not so much! But here is a little taste from our trip and things we were able to experience for the first time.

1. We were able to pet a baby Lynx! Isn’t he cute? But not just a lynx, we were able to also pet a baby Kangaroo and see countless other animals. You can do all of this at the DeYoung Family Zoo in Wallace Michigan. It’s a bit of a drive (8 hours from Detroit) and almost to Wisconsin – but it was worth the trip!

2. We survived a night from **** in a tent. Don’t get me wrong, we’ve both been in storms in a tent before. Rain, thunder etc. No biggie – but having one where hundred of year old trees are swaying above your head, others breaking. Thunder loud enough to shake the very ground you’re sleeping on. Lightning making it daylight out all night long. Oh and let’s not forget the flooding. All in an area without cell service… We’re both so happy to have survived that night and make it out of there after it started to lighten up. 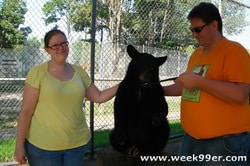 3. I got to pet a bear! OK, this was on my “to do” list. Last year on our visit to Oswald’s Bear Ranch, you could only feed the babies apples or fruit loops (they love them! This year, regulations have been loosened up again and  you can actually interact with the baby bears. Now you don’t get a lot of time, but it’s is completely worth it to me! Now… I still have to check off petting a Moose! Haha 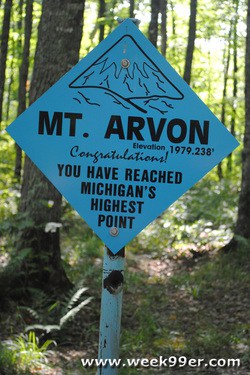 4. We made it to the top of Mt. Arvon. Michigan’s Mountain. While I live in the flat lands that is Detroit, once you get into the Upper Peninsula it’s mountains, rocks and roads are cut through. Honestly I new it wasn’t as flat up there, but it reminded me of driving through the Appalachians.

5. We drove through an Indian Reservation that isn’t like any other out there – or one I’ve been to before. Michigan has a lot of reservations throughout the state. When we got to the city of L’Anse we asked where the reservation was – just to be told we were on it. The city is on the reservation but part of the state but not the reservation. Nothing like I’d experienced at other reservations I’d been to.

6. We found an Indian Cemetery. Again, not what we expected. The Pinery Indian Cemetery is still used by the Chippewa Nation. There were some customs I saw that I had never seen before and I will have to do some research about.

7. We made it to points throughout the UP that I had only seen on a map: Marquette, Norway, Escanaba

8. We camped on a 30 foot drop off. That’s the picture up on the top, if you went a foot behind our tent you would fall into a bend of the Two Hearted River.

9. I shot a 35 mm pistol and a winchester rifle. I had to learn in case of bear – trust me where we were camping was a bit remote.

While we had a couple issues on the way, we had a fantastic trip. And sadly this week it’s back to reality. I’ll miss the disconnect, and while I’m still working in the background on the site expect some new things coming very soon!