I consider myself a city girl. I live in the Detroit metro area, I travel to big cities all the time. But until last weekend, I had never been to New York City. It had always been a dream of mine to go, and at one point I even considered going to college there. While it was a super quick trip, I can say I got a good impression of New York, and how I reacted to it. 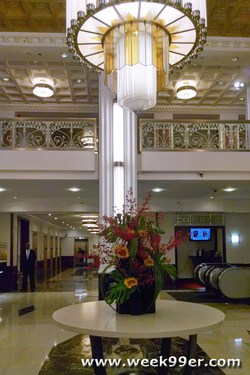 I had a great time while I was there, I can honestly say that New York isn’t a place I could ever live. I loved the architecture, the variety of activity and even some of the places we went to. But, I quickly realized that my Midwest roots are stronger than the pull of NYC.

One of my favorite cities to visit is Chicago, and I’m there so often I consider it a second home. But in comparison New York just was a louder, smellier and dirtier version. It may have been the fact we were there right when trash and recycling was being put out. But even leaving one restaurant that was so loud, that the streets seemed eerily quiet. But that being said, all of those things can be expected in a large city. I think my biggest issue would be the inability to drive easily in the city. That is something I take advantage of even living in Detroit.

I’m sure we’ll be back in New York soon for another conference, to take in a show or the sights. And while I’m sure I’ll have a blast again, I know for sure that my Midwest blood runs stronger. I may be a city girl, but I know that New York isn’t the city for me. It could be my age, the fact we’re settling down or even where I am in my life. But I’ll take our happy life in the quiet suburbs any day. And this is coming from the “city girl” in our family :).