When you walk through Disneyland, you’re surrounded by rides and attractions that are inspired by the movies we love. But one ride at the park has a different story – Pirates of the Caribbean started as a ride and later turned into the movie franchise we know and love. 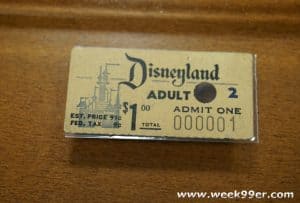 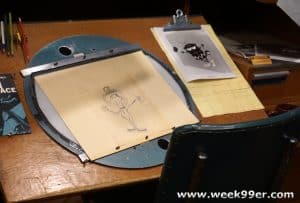 The Walt Disney Archives are actually in a smaller room than I would have expected, but every direction you look you’re overwhelmed with the history of the company. The archives have a heavy focus on space and technology right now with a Tomorrowland theme, including a droid from the original Star Wars, drawings of characters from outer space and even one of the robot heads from Bicentennial Man. Technology has been a big driver for the Walt Disney Company and that is exactly where the history of Pirates of the Caribbean started as a ride. 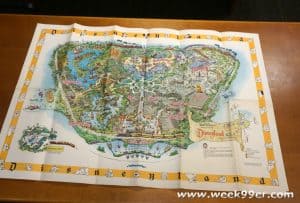 When Walt Disney first started Disneyland, the world of animatronics was a new technology, and not one used a lot. The original idea for the Pirates of the Caribbean ride was a wax museum, but Walt wanted to see it turn into something bigger. The result is the ride we know today, with moving animatronics, smoke and water effects, fire and even a roller coaster element. The ride goes around existing elements that were in the park, and that accounts for the drop and the rise you get in while you’re going through the ride. 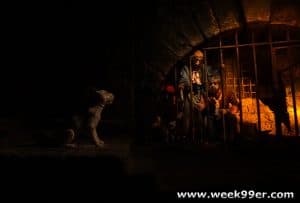 There are lot of rumors based around the ride, including the use of medical skeletons as the original ones throughout the ride. But what we do know about the ride is it sparked the imagination of people throughout the world. Riding the ride is absolutely amazing and giving riders a bit of the Pirates Life, it has iconic moments that were eventually brought to the big screen in the movie series. The ride is still a fan favorite decades later, but it was a major inspiration for the world we now know of as Pirates of the Caribbean. For this, and many other things, we have Walt Disney to thank as he pushed technology to a point that hadn’t been seen before. And from that, we now have five movies in the series based on the ride (and hopefully more to come soon!)