If you don’t live in Metro-Detroit you may only get a glimmer of what is actually happening inside the city. Since I moved to the Metro area, I fell in love with the city of Detroit – and I fell hard. There’s a lot you don’t see on the news, from up and coming art centers, new restaurants opening every week and award winning venues. 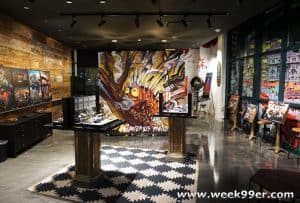 While the city of Detroit seems to continually get a black eye from the media, insiders and locals can tell you that the city is an amazing place to be and to experience all on your own. Detroit is one of the strongest selling brands when it comes to major league sports, and our teams are known throughout the world. But what most people don’t know is Detroit use to be one of the richest cities in the nation, the Paris of the Midwest and people and businesses were flocking to our city to be a part of it. 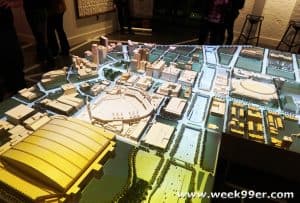 In the last few years, Detroit has started a cultural resurgence and people are moving back to the city in droves. As larger investors head back to Detroit, they have begun redeveloping the city core, and one of the largest redevelopment projects in history has begun. The District Detroit is an ongoing project in Detroit’s city core, and will cover over 50 blocks and filling it with new businesses, restaurants, entertainment venues and places to live.

The District will connect Downtown and Midtown into one contiguous, walkable area, where families, sports fans, entrepreneurs, job seekers, entertainment lovers and others who crave a vibrant urban setting can connect with each other and the city they love. 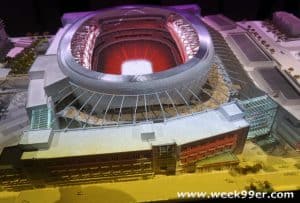 As The District Detroit starts to reshape the downtown area, the first major piece of the project will be The Little Caesars Arena is set to open right off of Woodward by the start of the Red Wings opening game this year. The new arena space will offer more seating options, luxury boxes, and not only will home the Red Wings but now the Pistons as well. With flexible spaces inside the arena that can completely change the space inside and merchandise in under 45 minutes. The Little Caesars Arena will be a destination in itself as well as a museum including sports and local history under it’s roof. 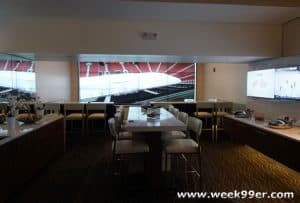 We were given a sneak peek tour of The District Detroit and everything that the project has planned for it earlier this week. The project brings a more vibrant future to the city, and places it only second to New York City for venue seats once the new arena is complete. With a mix of art, culture, sports, local food and shopping – The District Detroit is going to be a place to visit, to explore and to see the next bright chapter in Detroit’s future.

Get Your Tickets for Secret Sips at HUSH Haunted Attractions

All of the Movie and Series Announced at D23 This Year