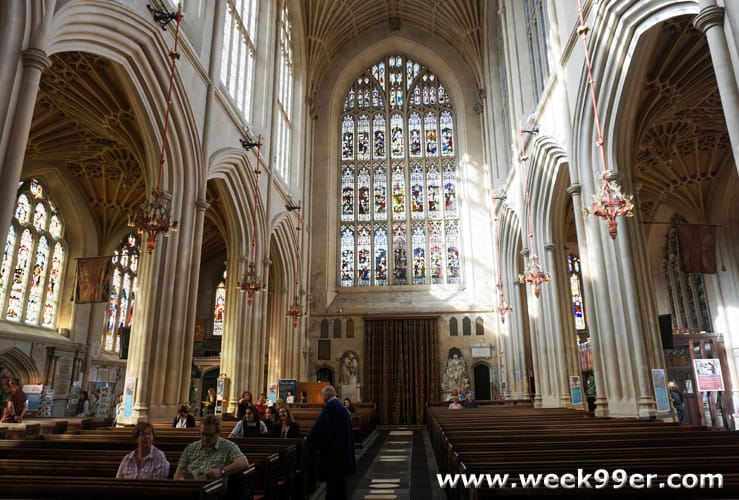 Everywhere you look in the city of Bath, there is history surrounding you. The stones you’re walking on are the same ones that have been there for centuries, and the building’s exteriors tell you just about a bit about the history they’ve seen. At the heart of the city is the Bath Abbey, an active place of worship that has over a century of history in it’s current state, but over 1300 years of history at that site. 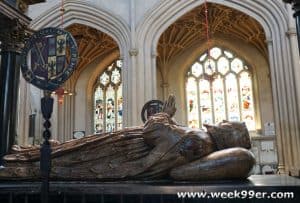 The Bath Abbey, as tourists can see it today, was restored in the late 19th century by architect Sir George Gilbert Scott. His work on the interior created a Victorian Gothic space with beautiful fan vaulting and sumptuous wood carvings and stained glass. But the interior hasn’t always been so spectacular and under what we see today as the current interior could possibly seen as battle wounds of the past. 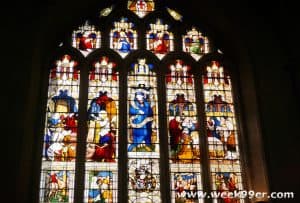 Originally on the site of the current Bath Abbey was an Anglo-Saxon monastery which was pulled down by the Norman conquerors of England. That was followed by a Norman cathedral which was begun about 1090 but lay in ruins by late 15th century. The current Abbey was then built on the location and has been active on and off since. When King Henry VIII dissolved the monasteries in 1539, the Bath Abbey was virtually destroyed and laid in ruins for over 70 years after. Under an order by Queen Elizabeth, the Abbey was restored and in 1616, repairs to the site were done to the Abbey, making it almost the building we know today. 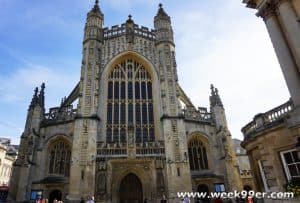 Guests who visit the Bath Abbey, are often overwhelmed by the interior and history that surrounds them. Tours of the space are by donation request only, and you can rent an audio tour if you’d like. Be sure to take some time to walk through the space, enjoy the stained glass and stand on the site where the first King of England – King Edgar was crowned.

If traveling to Bath is a bit out of your budget right now, you can actually do a virtual tour of the Bath Abbey including a downloadable audio tour to help walk you through history.