When you first think of Detroit, two words probably come to mind – The Motor City and Motown. Both names that most people know for the city, and helped shape and define it. Motown is more than a name that Detroit goes by, it’s a type of music, a movement and helped shaped the country and a time in history. 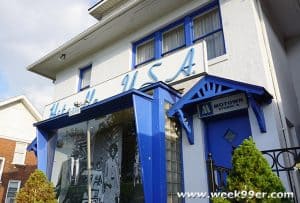 Downtown Detroit, just off of Grand River is Hitsville, USA – the home of Motown and the Motown Museum. It was named Hitsville, USA before they pressed their first record because Berry Gordy knew that it would be where the music industry was going to change and a new movement was starting. Hitsville, USA was actually 8 houses next to each other on Grand River that held everything from recording studios, offices and and more. 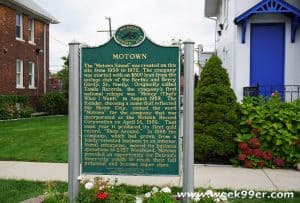 When you tour the Motown museum, you actually are touring two of the original 8 houses that are now connected to each other. This allows you to get a history of the buildings, the founders and Motown as well. Inside the museum you can experience the reverberation chamber that made the iconic Motown sound. You also get a glimpse at the labels, the records and the music that we all know and love. The Motown museum also is home of one of Michael Jackson’s hats and white gloves – donated to the museum before his death since this is where he got his start. 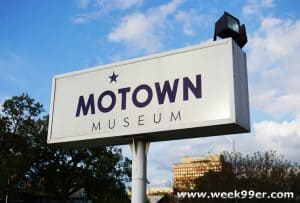 Despite living in metro-Detroit for the past 11 years, I had never been to the Motown Museum until last week. We’ve actually driven past the museum several times and actually didn’t know we were passing it. Parking was a bit hard to do since the museum doesn’t have it’s own parking lot. Street parking is available in front and around the block from the museum. 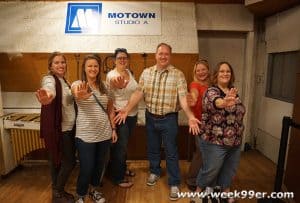 Your tour begins with a video about the history of the museum, and throughout you’ll hear songs that will have you dancing in your seat. Songs from both Tamla and Motown labels and artists like Michael Jackson, Marvin Gaye, Stevie Wonder, Diana Ross, The Temptation and many others. You get to walk through Berry Gordy’s apartment with original furniture and the recording studios as well. The tour ends in Studio A where you get to sing and experience the Motown music yourself. Studio A is the original garage of the house, which was outfitted to be a recording studio. It’s where thousands of songs we know and love were rehearsed and recorded, and the original garage band location. Inside is an original 1800’s Steinway piano that was recently restored thanks to Sir Paul McCartney – adding to the musical history of the location. 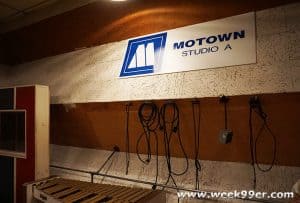 Music has always been a huge part of our lives, and it helped shape generations of people through it’s empowering messages and tunes. Motown is the epicenter of these movements, and you can walk through a bit of it and experience it yourself. You can tour the Motown Museum Tuesdays through Saturdays from 10 am – 6 pm. Tickets are only $15 and tours last about an hour. Be ready to sing and dance at the end of your tour.