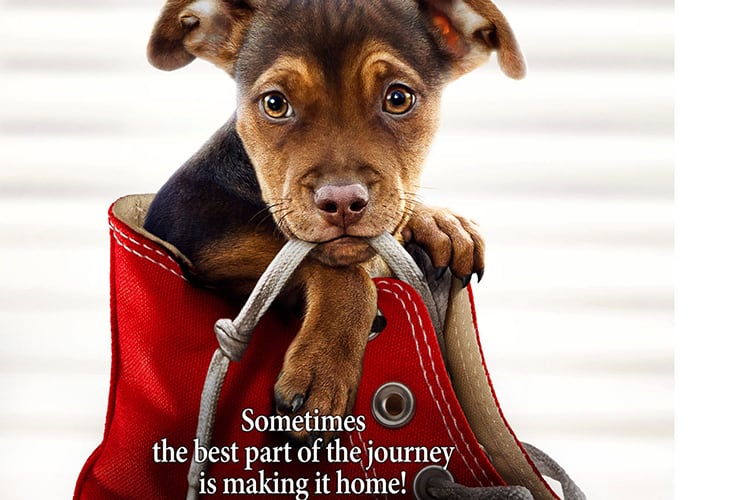 We all have a four legged family member we love and want to have as part of our lives. But have you ever thought about their journey to your family? A Dog’s Way Home is the tale of how a dog finds its way to it’s forever home and the story will melt your heart. The at home release is loaded with bonus content and even recipes your dog will love.

Based on the bestselling novel by W. Bruce Cameron, A DOG’S WAY HOME finds its way onto Digital March 26 and on Blu-ray™ Combo Pack and DVD on April 9 from Sony Pictures Home Entertainment. The film chronicles the heartwarming adventure of Bella, the brave and adventurous dog that embarks on an epic 400-mile journey home after she is separated from her beloved human, Lucas. A DOG’S WAY HOME highlights the power of unconditional love between man’s best friend and its human companion.

A DOG’S WAY HOME arrives with adorable extras including a DIY guide to creating your own tasty dog treats at home and several deleted scenes. Also included are interviews with novelist W. Bruce Cameron, director Charles Martin Smith and cast and crew as well as a heartwarming look at the film’s canine star Bella’s rags to riches journey from the shelter to the big screen.

A DOG’S WAY HOME has a run time of approximately 96 minutes and is rated PG for thematic elements, some peril and language.