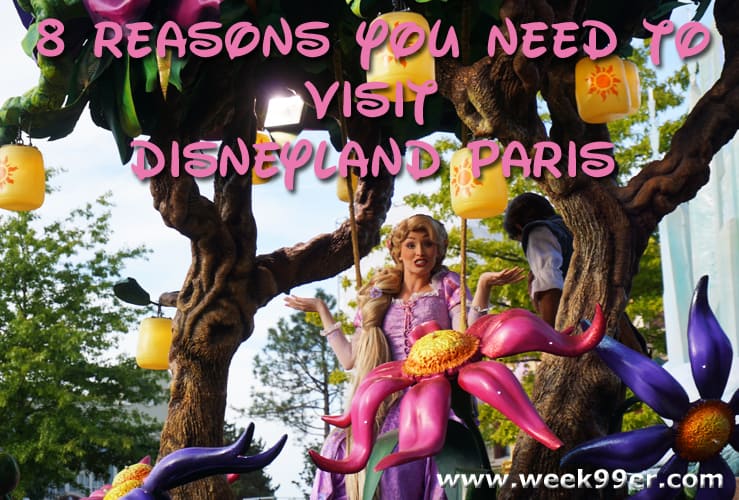 When I was a kid, I remember hearing about “Euro Disney” opening it’s doors and it not being well received. I remember hearing that it had been closed – but thankfully for all of the Disney fans Disneyland Paris is celebrating it’s 25th anniversary this year. It’s true that Disneyland Paris has had a few rough times, but it’s definitely worth a visit if you’re in the area.

Last month when we were in Paris, we were invited to check out Disneyland Paris. Since we’re huge Disney nuts, and we don’t know when we will be back to France we decided to spend some time in the park. There are so many reasons that an American should take the time to visit the parks, but here are some of our favorites. 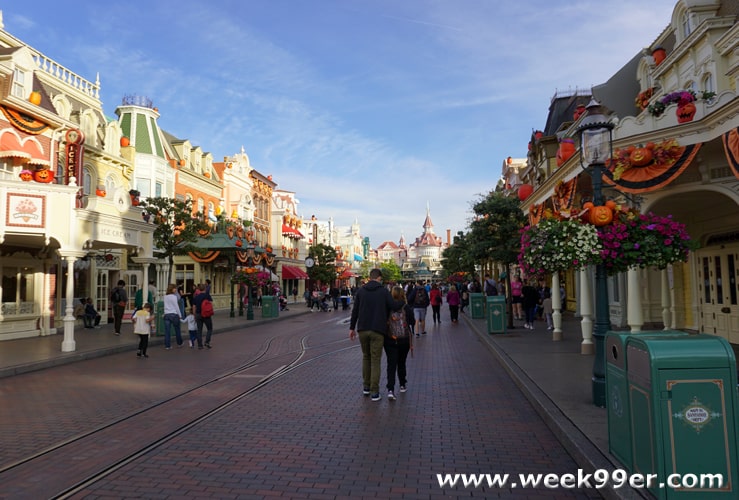 We visited on a weekend and the longest lines were at any dining establishment. What does that mean? It means you can get on more rides and in and out of more attractions quicker. That right there makes it worth it! 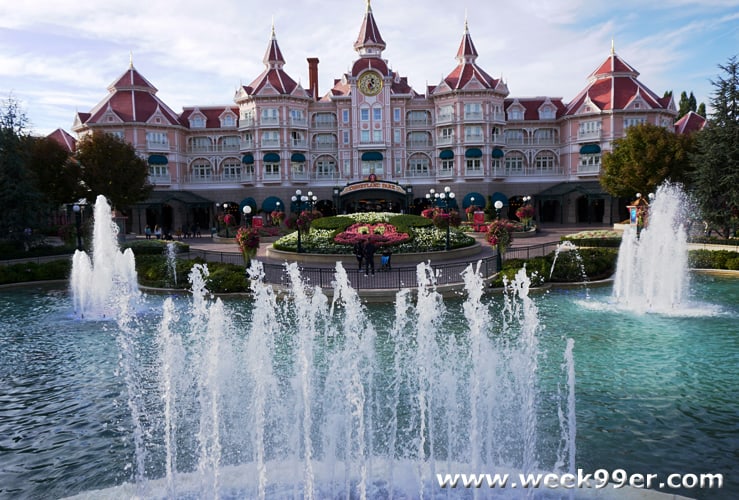 Disneyland Paris is really in Chessy an Eastern suburb of Paris – it’s a quick 35 minute train ride from the Paris city center. The train trip will only cost you about €7.50 each way per person. But it is a quick trip from city and you can hop over to the park for dinner at some of the great restaurants. 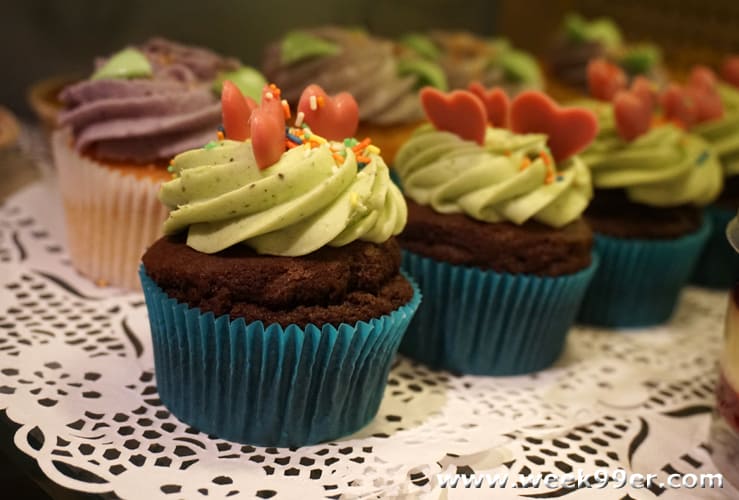 Throughout Disneyland Paris there are 67 places you can eat. From more traditional fare you would expect at any Disney location to some unique dining options. Stop and pick up a baguette, enjoy some cheese and some pastries like no others.

4. Ratatouille! Remy and the food of course! 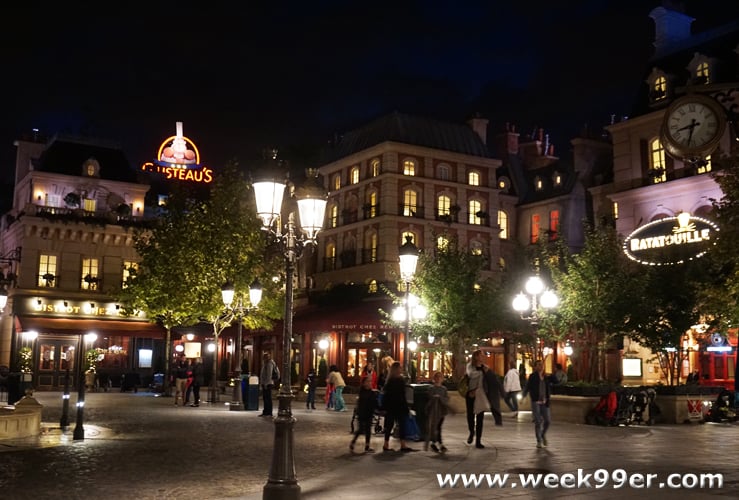 Disneyland Paris is the only Disney park that has Ratatouille – and not so secretly the reason I decided we needed to go to Disneyland Paris. Ratatouille is probably one of my favorite Disney Pixar movies, and since it’s set in Paris it’s fitting that they would have it at the park. From the Ratatouille Experience, a large Gusteau’s sign and even Bistrot Chez Remy where you can dine like you’re the size of a rat, this is a great place to experience.

5. Rides you can’t find anywhere else 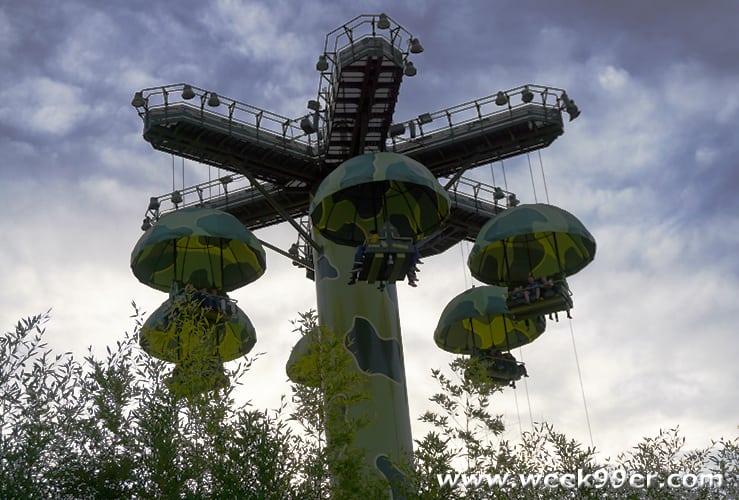 Both the Disneyland Park and Walt Disney Studios Park have rides and attractions you can’t find anywhere else. From Toy Soldiers Parachute Drop in Toy Story Playland, Crush’s Coaster, a Beauty and the Beast stained glass exhibit and even an evil forest that may be better for adult fans. 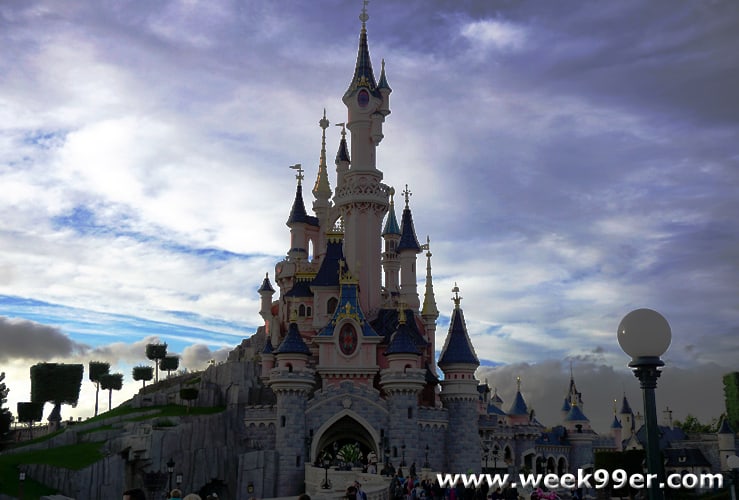 Both Disneyland and Walt Disney World in the U.S greet visitors with the enchanting castle of Cinderella modeled off of Neuschwanstein Castle in Germany. It’s imposing, beautiful and something we have grown to expect. But at Disneyland Paris Aurora gets her moment, with an amazing Sleeping Beauty Castle at the heart of the Disneyland Paris park. With perfectly landscaped trees, in the base is the stained glass for Beauty and the Beast as well as the hidden dragon.

7. There is a familiarity to the parks 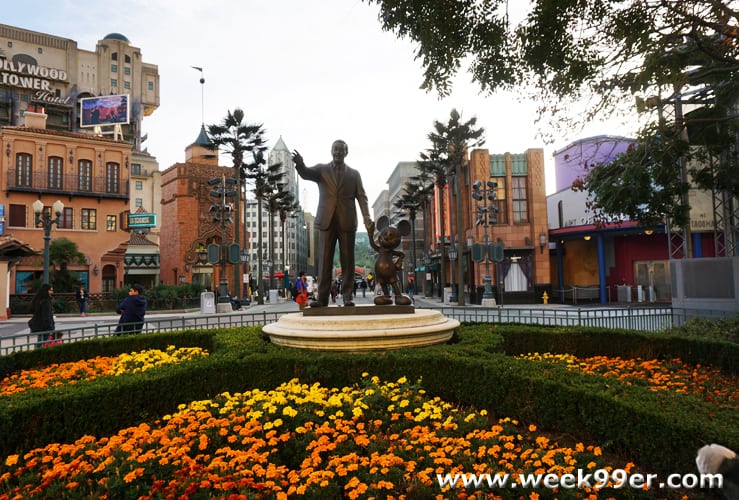 While Disneyland Paris has a lot of rides and features you don’t get at home, there are a lot of your favorites you can also visit. From the Haunted Mansion, Tower of Terror, and even Main Street U.S.A, there is a lot to make you feel at home. This is a major bonus in a country that may be hard for someone who doesn’t speak any French. But don’t worry, while you’re in the park all of the cast members know enough English to help you with your requests.

8. There is a high focus on classic characters 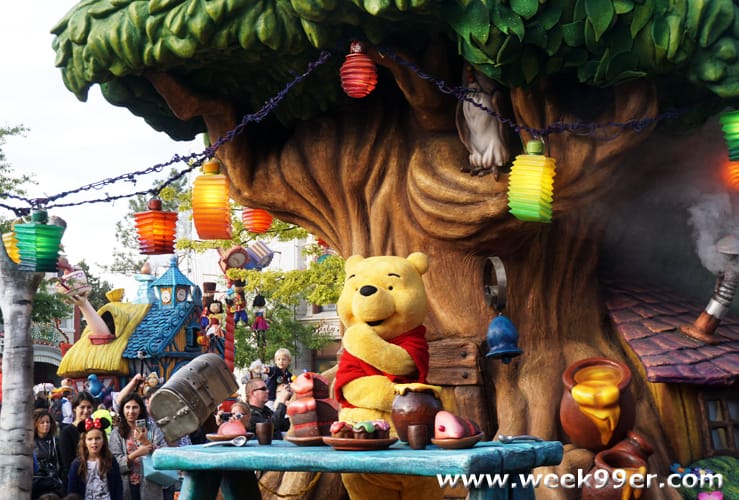 Disney is always rolling out new characters we all love. And while there are new characters and attractions at Disneyland Paris the old favorites are there and going strong. We were shocked to see some of our favorite characters from the classics in the parade in the forms we remember them in. Look for Peter Pan, Winnie the Pooh, Chip and Dale and many others.

Was visiting Disneyland Paris worth the trip? Absolutely! It’s fun to see what they think Americans and fans of Disney might want, but it’s a different perspective on the parks we know and love. It’s a great destination for fans of all ages and will be a great way to make memories! Find out more about Disneyland Paris and their unique attractions.

For more images of Disneyland Paris check out our slideshow below: