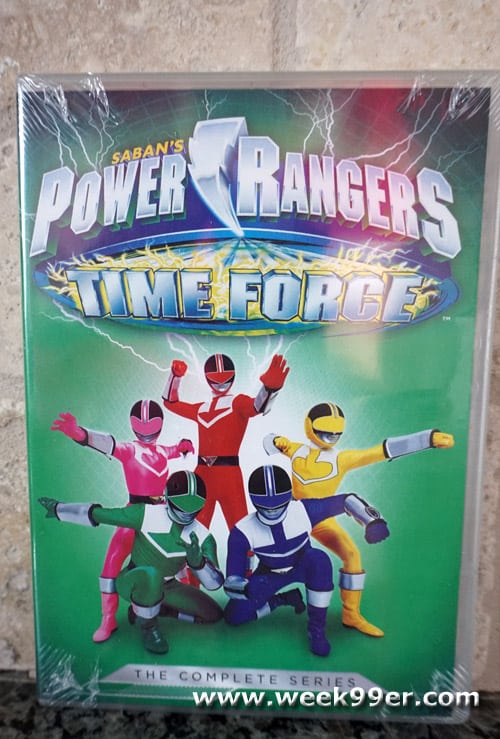 Growing up watching the Power Rangers, we’re use to the idea of them being in modern times. But the future of the Power Rangers holds a lot of adventures, and a team called the Time Force! A group of Power Rangers who can can travel through time to fight bad guys. Power Rangers Time Force had their own series, and now you can own all 40 episodes on five DVDs.

Goonie is a huge Power Rangers fan, and was excited when his review copy of Power Rangers Time Force The Complete Series came for him to review. Not only does it have some of his favorite characters, but it also wraps in time travel and new adventures and situations. While the show is set in the distant future, it comes back in time to 2001 (which still seems like quite the past for young kids!) The notorious criminal Ransik travels back in time and takes a prison full of dangerous mutants with him. This leads to a lot of crime in our modern time, and it’s up to the Time Force to not only catch the mutants, but get them back to jail in their original timeline.