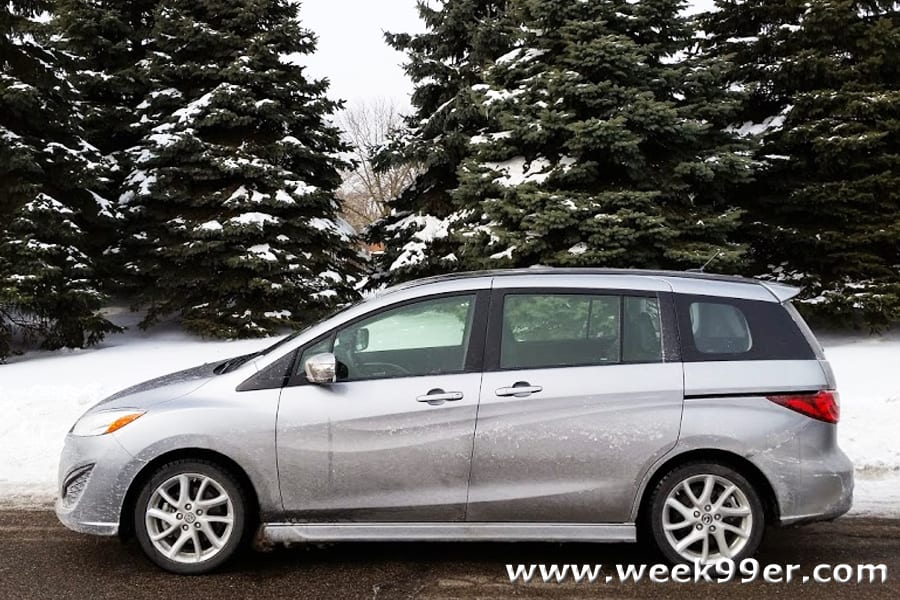 There are a lot of different options when it comes to mid-sized vehicles out there, but there seems to be a new player on the market. Mazda dropped off a 2015 Mazda5 for me to use for a week and review, and while it was a rough week – none of that had to do with the car! We can thank Linus for a fun ride, but the Mazda5 was ready for anything. 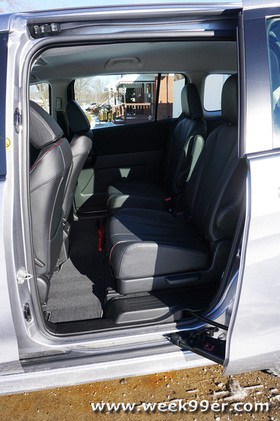 I often joke with my friends that I made sure I got a cross over vehicle, and not a mini-van. Yes, it has the same general features and seating options, but there is one major difference – the doors! What’s the difference between a cross over and a mini-van? Sliding Doors! This is where the Mazda5 dances a fine line, and some places even is listed as a mini-van. But what the Mazda5 does offer is the ride of a car with the space and the easy of a minivan. It could easily be qualified as a cross over SUV, and sits 6 comfortably.

By the end of the week with the car, I could understand the appeal of having doors on sliders, and even got use to the easy of getting things in and out of the car without opening a wide door, or needed extra space. 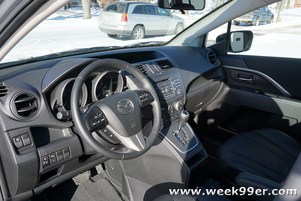 The Mazda5 I was given to review wasn’t the fully loaded model, but instead came with pretty much the basics. But that doesn’t mean I was sent back to crank windows and a tape deck. Instead I was still greeted with power windows, hands free calling, cruise control and even heated seats. Most of the features were easy to find and intuitive to set up. I actually didn’t realize I had heated seats until well into a long drive, but was happy for that surprise. The buttons are actually toggle switches in the center compartment near the cup holders. My only warning is be careful setting drinks down, you could accidentally turn off the heated seats while placing your cup in (if you miss the cup holder, like I do!) 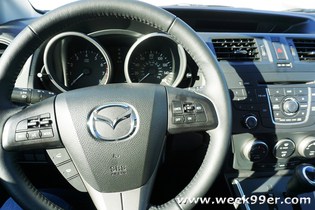 The only feature that I had a hard time setting up was the voice control for my phone. Unlike other cars that have a digital read out, you have to use the button and listen to command prompts. The total set up only took a minute or two, and it provided easy hands free calling throughout my trips with the vehicle. 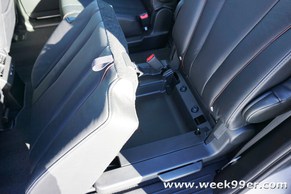 Driving the Mazda5, for me was like driving my last sedan. It was comfortable and a smooth ride, and a little closer to the ground than I’m use to now. And while the Mazda5 seems like a smaller vehicle, inside there is plenty of space. The backseat features two captain chairs that can move back and forth and recline as well. Under each of those seats is a hidden storage compartment which provides even more storage. 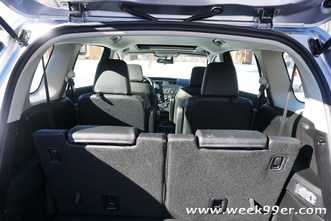 And in the back – a bench seat that can seat another two people comfortably. These can be up and have headrests that adjust, or they can be stored flat to provide more storage space. Just pull the tab on the back and they will lay flat in now time. This made shopping and errands extremely easy.

With even the base level (or slightly above) options I had a great week with the Mazda5. When it was dropped off, I was told that it was fitted with snow tires – and little did I know that it would soon be something I would need! I’ve never made the “splurge” for snow tires for my vehicles, but again – quickly found out why people do. I was visiting family, and decided to drive home at the beginning of the blizzard Linus. My normal 90 minute drive took over three hours, and most of that was through a foot of falling snow or more. The bright lights, the snow tires and (my favorite) heated seats kept me safe and comfortable for the ride. My family was able to call and chat while I drove without worrying about me taking my hands off the wheel, and I was able to make it home safely. I was amazed at how well the car handled the snow that kept coming down, even with it’s lower clearance, and thankful for a safe ride! 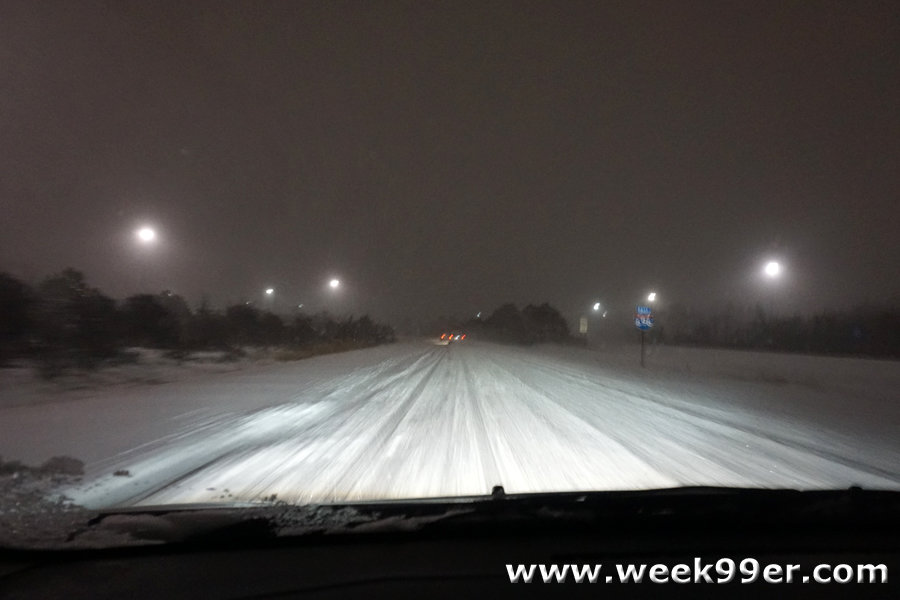