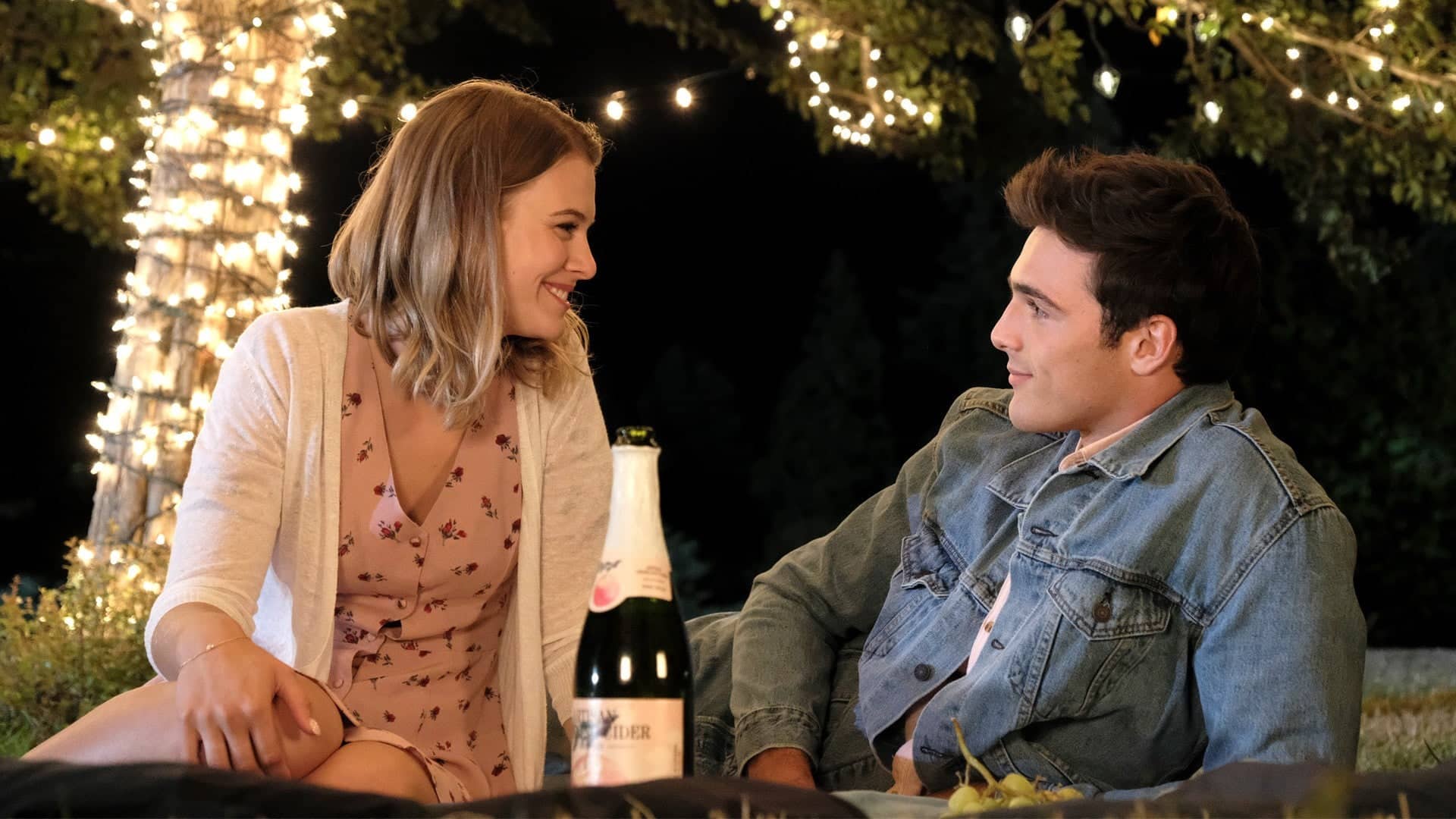 We all like to think we know where our lives are going to take us. Or what we want our lives to turn out like. But the reality is, we don’t know what could happen from one moment to the next and nothing we plan or work hard for is promised.

2 Hearts brings to the small screen the love stories of two couples, happening on opposite sides of the world. While the couples don’t know it yet, their lives are about to intersect and become intertwined. The movie focuses on the story of Chris, as he narrates a portion of his life and his meeting and falling for Sam, a girl he meets at college. He also tells the beginning of the love story of Jorge and Leslie who fall in love on the other side of the world.

What should be noted about 2 Hearts, the movie is based on real events. The story being told by Chris, is his story and the ending is what actually happened. And while the movie has a great message and call to others to give one of the most important gifts a person can – it kind of is lost in the slower story telling of the movie. 2 Hearts comes in at just over an hour and a half, but the slow pace makes it seem much longer.

2 Hearts focuses on mostly what could have been, and while this dream and hope for Chris’ future is lovely – reality doesn’t always happen that way. The story seemed to focus so much on the could have beens. The actual focus on the story and the more important message was squeezed in and rushed into the last portion of the movie. The call, or pull to give selflessly is almost lost in the rushed culmination of the story and resolving what wasn’t real throughout the film.

Despite the movie’s slow pace, the acting did seem to be one of the strongest elements in the film. The relationships didn’t seem awkward or forced, but even that wont save viewers from a movie that seems to meander and take its time dancing around a story that had a lot more potential.

For two couples the future unfolds in different decades and different places, but a hidden connection will bring them together in a way no one could have predicted. Based on an inspirational true story, 2 Hearts is a romantic journey that celebrates life, love and generosity of spirit, and challenges audiences to believe miracles are possible. Charismatic young Australian actor Jacob Elordi (“Euphoria,” “The Kissing Booth”) plays Chris, a college freshman whose love for a spirited classmate played by Tiera Skovbye (“Riverdale,” “Once Upon a Time”) helps him find the purpose he has been searching for. In another place and time, Adan Canto (“Designated Survivor,” “Narcos”) plays Cuban exile Jorge, who falls for well-traveled flight attendant Leslie, played by Radha Mitchell (“Man on Fire,” “The Shack”). Though they were never meant to meet, fate has something entirely unexpected in store for both couples that dramatically changes the course of their lives. Starring: Jacob Elordi, Adan Canto, Tiera Skovbye, Radha Mitchell. Directed by: Lance Hool. (Freestyle Releasing). https://2heartsthefilm.com/